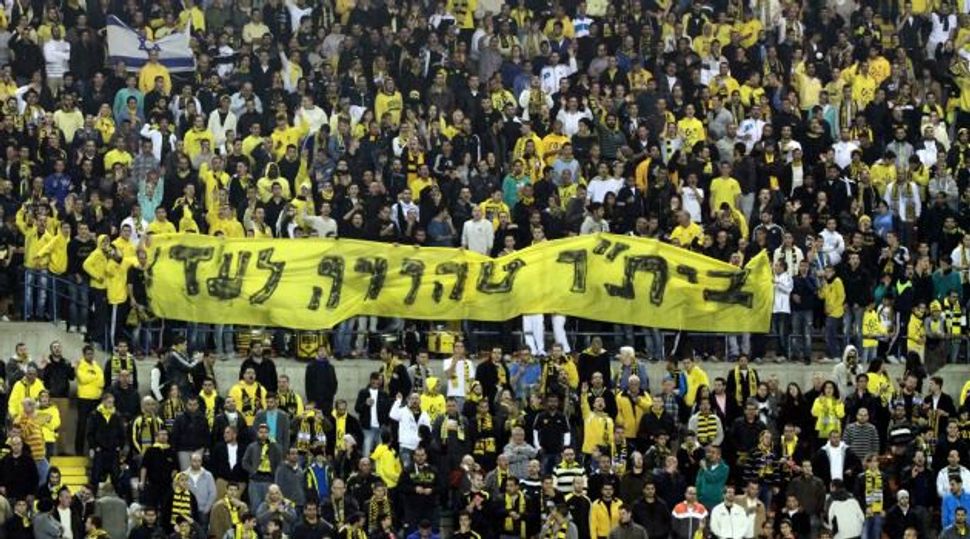 Fans on the evening of Jan. 25 during a Premier League game against Bnei Yehuda at Teddy Stadium in Jerusalem protested the move to bring two players from the Chechen Terek Gorzny team to Beitar Jerusalem in the coming days.

“The two players from Chechnya are coming to Beitar. As far as I’m concerned, there is no difference between a Jewish player and a Muslim player,” Gaydamak told Ynet in an interview.