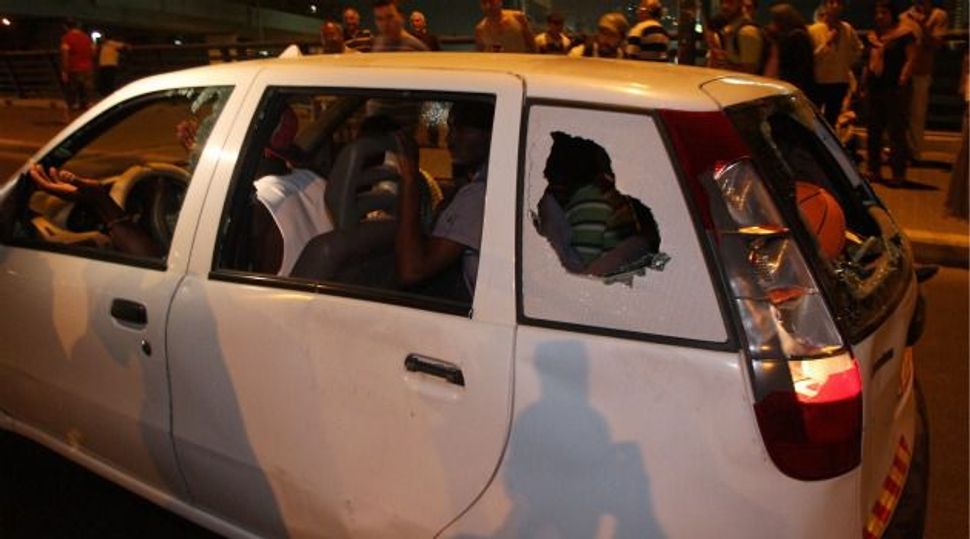 American advocacy groups called for improved treatment for African immigrants and asylum seekers in Israel during a public forum in Los Angeles this week.

“Infiltrators or Refugees?” organized by the Hebrew Immigrant Aid Society (HIAS) and Right Now: Advocates for African Asylum Seekers in Israel was held at the National Council of Jewish Women, Los Angeles section on Jan. 27. The event was meant to provide a forum for dialogue about how the Jewish state is responding to asylum claims by mostly Eritrean and Sudanese refugees, and how American Jewish communities can get involved to ensure that these refugees have a voice.

For HIAS, the goal is to change the rhetoric around these refugees, often portrayed by the Israeli media as being “infiltrators,” “migrants,” and a “cancer on society.”

Mark Hetfield, President and interim CEO at HIAS, said that the situation should be viewed as an influx of refugees from repressive regimes, rather than an invasion of criminals.

Hetfield reminded the audience that Jews were once strangers in the land of Egypt, and needed the help of others to survive.

“We should help others the way we were helped,” he said. “Or should have been helped.”

According to Hetfield and Maya Paley, founder and campaign manager for Right Now, Israel has a backlog of over 60, 000 asylum requests, the majority of which are by Eritreans and Sudanese.

The treatment of African refugees in Israel, mainly Eritrean or Sudanese, has been a hot-button issue in the last couple of years.

“In Spring 2012, the high influx of African asylum seekers led to protests; xenophobic rhetoric from politicians; and violence against asylum seekers, their homes, and property,” a statement released by HIAS stated. “Those asylum seekers who have entered are immediately detained and .. . can be held for three years or, in some cases, indefinitely.”

Paley explained that the Jewish community has a chance to be a force for change in this situation. Referring to the efforts made on behalf of Darfuri refugees, resulting in access to education and health care, she called for the American Jews to create petitions and raise the issue with Israeli politicians.

The Refugee Rights Convention of 1951 was drafted as a response to the millions of Europeans, particularly Jews, seeking refuge in foreign countries after the Holocaust and World War II. Israel signed the Convention in 1954.