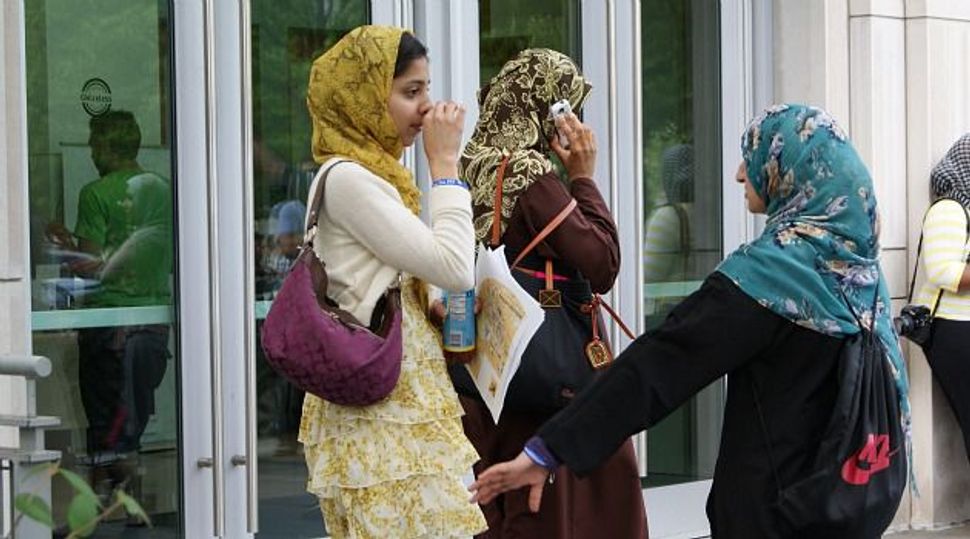 Civil rights attorneys on Monday asked a federal court in Manhattan to order the New York Police Department to halt its surveillance of Muslims not suspected of unlawful activity.

Police surveillance of New York Muslims at restaurants, bookstores and mosques has been “widespread and intense,” the attorneys wrote in their motion.

They sought an injunction against the NYPD to stop the tactics and asked that a monitor be appointed to oversee the department.

“The NYPD supposes that because an organization is connected with Islam, therefore it is suspect,” wrote the five attorneys for the plaintiffs in court papers filed with U.S. District Court for the Southern District of New York.

The lawyers said the surveillance is in violation of a consent decree in a long-running class-action lawsuit that restricts the NYPD’s ability to investigate or spy on people when there is no “reasonable indication” of unlawful activity or terrorism.

“Investigations of any community which are not based upon indications of crime create fear and erode the confidence of a community in the power of a legal system to protect it,” one of the attorneys, Paul Chevigny, a law professor at New York University said in a statement.

The consent decree stems from a 1971 lawsuit in response to NYPD surveillance of anti-war protesters. The litigation led to the creation in 1985 of the so-called Handschu Guidelines, which set conditions for NYPD visits to public places or events during anti-terrorism investigations.

A copy of the injunction request was posted on Monday on the New York Civil Liberties Union’s website.

A spokesman for the NYPD did not immediately respond to a request for comment on the proposed injunction. In the past, the police department has defended its surveillance practices.

“Anyone who intimates that it is unlawful for the police department to search online, visit public places, or map neighborhoods has either not read, misunderstood, or intentionally obfuscated the meaning of the Handschu Guidelines,” Police Commissioner Raymond Kelly said in a 2012 speech at Fordham Law School.