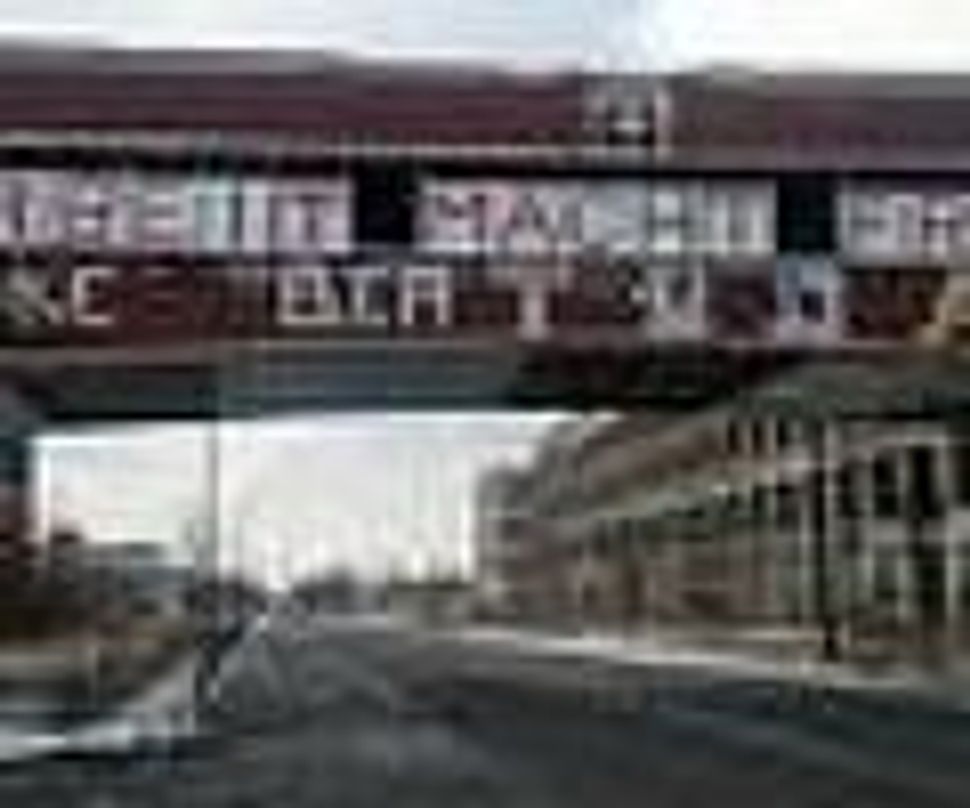 Image by courtesy of cbs detroit

A sign on the overpass of an abandoned automotive plant in Detroit reads in German “Work will make you Free,” evoking images of the sign on the gate of Auschwitz. 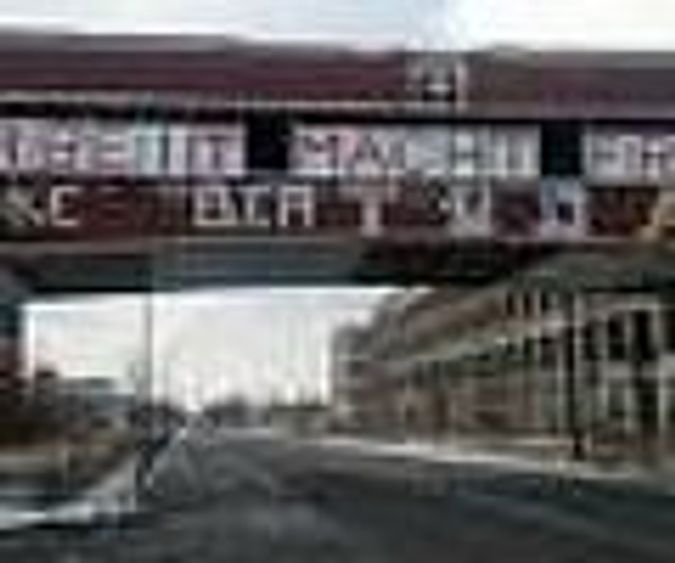 Image by courtesy of cbs detroit

The red letters on white pieces of paper in the windows of the overpass at the Packard Automotive Plant reads “Arbeit Macht Frei,” the Detroit Free Press reported Monday.

The letters are configured as they are on the Auschwitz sign, including printing the upper half of the letter “B” in “Arbeit” bigger than the lower half.

It is not known who installed the sign or when it was installed.

The plant has been abandoned for at least a decade.