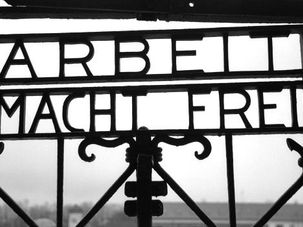 The iron gate of the Dachau Nazi camp, which bears the message “Arbeit macht frei,” or “Work sets you free,” was returned to the site after being stolen more than two years ago. At a ceremony Wednesday, the gate was welcomed back to Dachau, where a replica was installed since the original was… 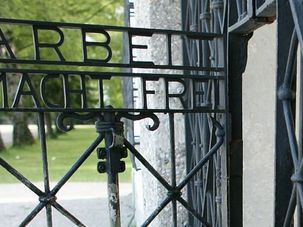 A German blacksmith who painstakingly rebuilt an iron gate at the Dachau concentration camp bearing the notorious “Arbeit macht frei” (work sets you free) slogan said on Thursday he hoped no one would notice his work was a replica. 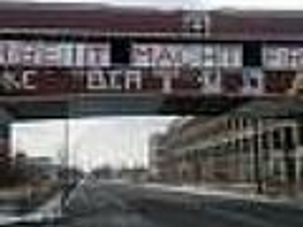 A sign on the overpass of an automotive plant in Detroit reads in German “Work will make you Free,” evoking images of the sign on the gate of Auschwitz. 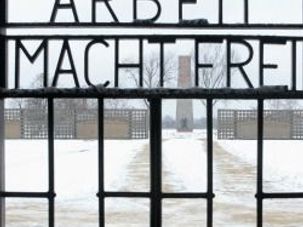 Readers might not expect a lot of historical analysis from the British tabloid The Daily Mail. But it shouldn’t be too much for the editors to at least remember Nazi Germany and some of its signature evil. 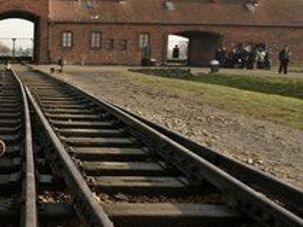 Just months after three men were convicted of stealing the Arbeit Macht Frei (Work Sets You Free) sign from the Auschwitz memorial, two Canadians were detained Saturday for allegedly pilfering two spikes from the railway tracks that run through the compound.