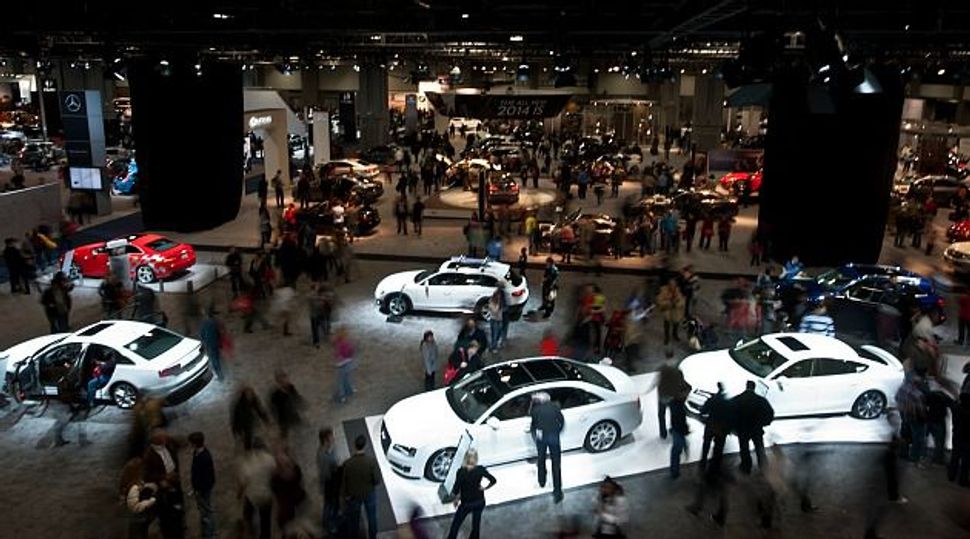 The Baltimore Zionist District, along with organizations like United Against A Nuclear Iran, Shalom USA, Endowement for Middle East Truth, and a number of local synagogues will hold a protest on February 10 during Baltimore’s annual auto show. They will call on Mazda, Mercedes-Benz, Audi, Peugeot and Volkswagon to stop doing business with Iran.

“Everyone needs to understand the global threat a nuclear Iran poses. This is a regime that doesn’t just say evil and destructive things, they actually carry them out through their surrogates throughout the world,” Brian Sacks, BZD president, told The Baltimore Jewish Times.

Jay Bernstein, the Shalom USA radio host who coordinated the event, told the paper that though he doesn’t believe the protest will actually prevent these companies from continuing their business, he wants these companies to be held accountable. “I don’t know if what they’re doing is legal or not legal,” he said. “I want them to know it is morally reprehensible.”

Maryland has already passed an Iran Certification Act, barring Maryland companies in a number of fields from doing business with Iran. Most recently, state Del. Dr. Dan Morhaim introduced an anti-Iran bill that would prevent a company that invests in Iran from participating in a contract with the state.