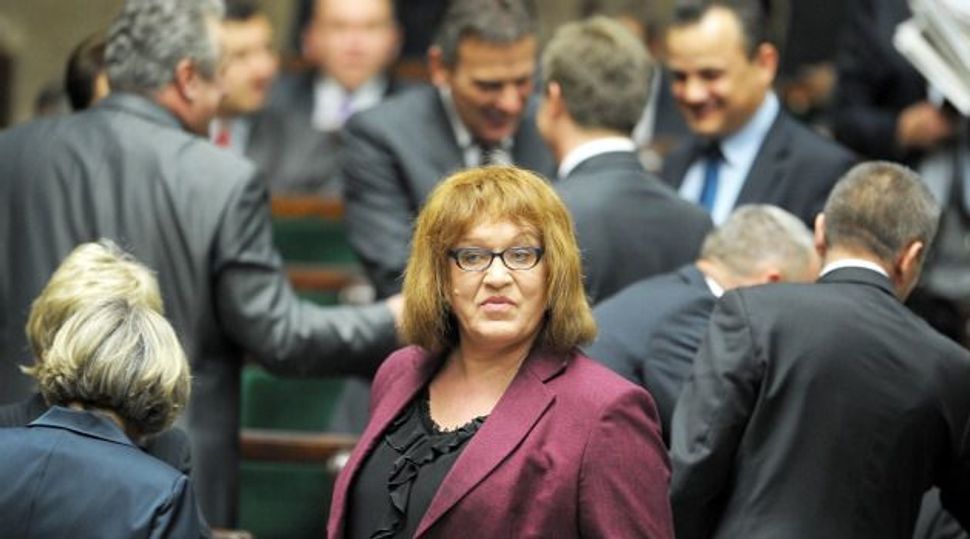 Polish lawmakers blocked a transsexual colleague from becoming deputy speaker of parliament on Friday after her nomination caused discomfort among some sections of Poland’s devoutly Catholic society.

Liberal supporters of 58-year-old Anna Grodzka said parliament had missed an opportunity to show that Poland was changing from a heartland of traditional values into an open-minded society.

“This could have given a signal for Poles that a person from a discriminated minority can occupy such a high-ranking position,” Miroslawa Makuchowska, vice-president of the Warsaw-based Campaign Against Homophobia, told Reuters. “For the time being this is not going to happen.”

But Makuchowska said some good had come out of the episode. “The more often Anna appears in the media, the more people are getting used to the issue.”

A businesswoman with a psychology degree, Grodzka, formerly a man called Krzysztof Begowski, completed her sex change three years ago. She was elected as Poland’s first transsexual member of parliament in October 2011.

The deputy speakership would have been a more visible role: it involves chairing sessions of parliament when the speaker is not available, and carrying out occasional ceremonial duties.

Asked on Friday what she thought about missing out on the job, Grodzka told reporters: “I regret it.”

Her nomination was blocked before lawmakers even had the opportunity to debate Grodzka’s potential as a deputy speaker.

Grodzka’s liberal party, the Palikot Movement, wanted her to fill a deputy speakership that was to be vacated by another of the party’s legislators, Wanda Nowicka. Usually, that sort of reshuffle is the prerogative of each party, and is rubber-stamped by the chamber.

But a majority of deputies voted against a motion to remove Nowicka from her post, meaning that there was no longer any vacancy for Grodzka to occupy.

In parliament, most opponents of Grodzka’s appointment made no comment on the fact she is a transsexual. They said instead she lacked the experience to do the job, and that they suspected her nomination was a stunt by her publicity-hungry party boss, Janusz Palikot.

However, one lawmaker with opposition party Law and Justice, Krystyna Pawlowicz, has been blunt about her views, saying of Grodzka: “Really, a boxer’s face… It’s not like when you stuff yourself full of hormones you become a woman.” (Writing by Christian Lowe; Editing by Robin Pomeroy)