History of Jews in Quebec Explored in New Class 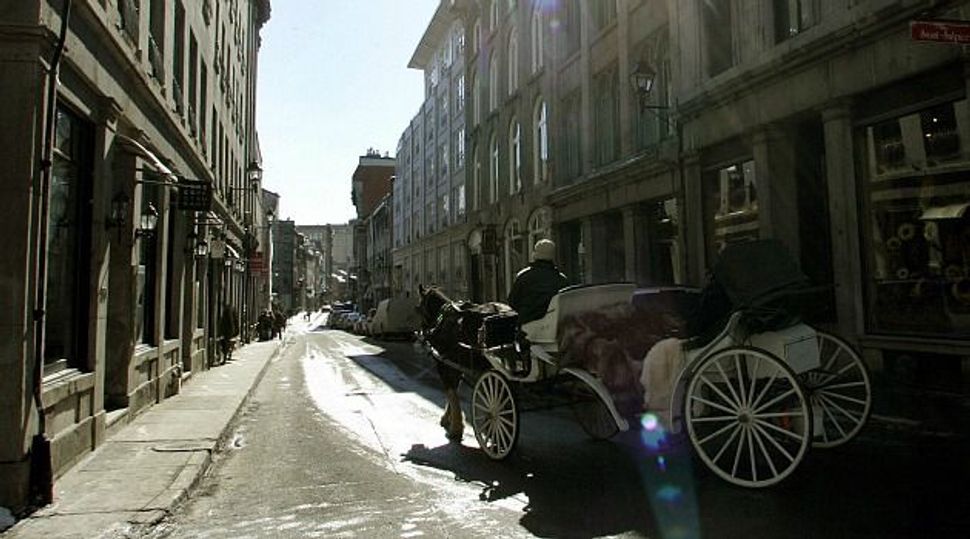 Montreal’s Université de Montréal has launched a new course this semester that asks the question: “Who are the Jews of Quebec?”

The course, organized by the theology and science of religions department, is the first of its kind to be held in a Francophone university, The Canadian Jewish News (http://www.cjnews.com/campus/new-udem-course-studies-quebec-jews) reported.

Called “Culture et expériences Juives au Québec” (Jewish Culture and Experience in Quebec), the class is co-taught by Jean Duhaim, professor of theology specializing in the Hebrew Bible and ancient Judaism, and Alain Gignac, who focuses on the New Testament and interfaith dialogue.

According to the syllabus, the course will focus on how Jews have adapted and contributed to the life and culture of the province, particularly in the francophone context. It will examine the origins and demographics of Jewish communities (the plural is used) in Quebec, and how they fit into Quebec’s “vivre ensemble” (live together) mentality.

The main goal of this class, Duhaim told the Canadian Jewish News, is to promote openness and to dispel misconceptions about Quebec’s diverse Jewish community.

“We sometimes think that Jews are recent immigrants,” Jean Duhaim told the Canadian paper. He wants his students to understand that “the first Jews arrived with the British troops in the 18th century.”

This links directly to another aspect of the course: Jews in Quebec are typically thought of as Anglophone. According to Gignac, that is grossly unrepresentative. About 40 percent of Quebec Jews, he told the Canadian Jewish News, are Francophone, mostly from the Mahgreb. The class will also concentrate on more recent Sephardic Jewish immigration from countries like Morocco, Algeria and Tunisia, which took place in the 1960s and 1970s.

A number of guest lectures (open to the public) will be held in the context of the course over the next several months. Speakers will include Ottawa history professor Pierre Anctil, who studies the Quebec Jewish community and its Yiddish culture; Yolande Cohen, professor at the Université du Québec à Montréal focusing on Sephardim; former Canadian Jewish Congress Quebec president Victor Goldbloom, also the Quebec’s first Jewish cabinet minister; and the UdeM’s Marie McAndrew, professor of intercultural education and the Canada Research Chair in Ethnic Studies.

History of Jews in Quebec Explored in New Class