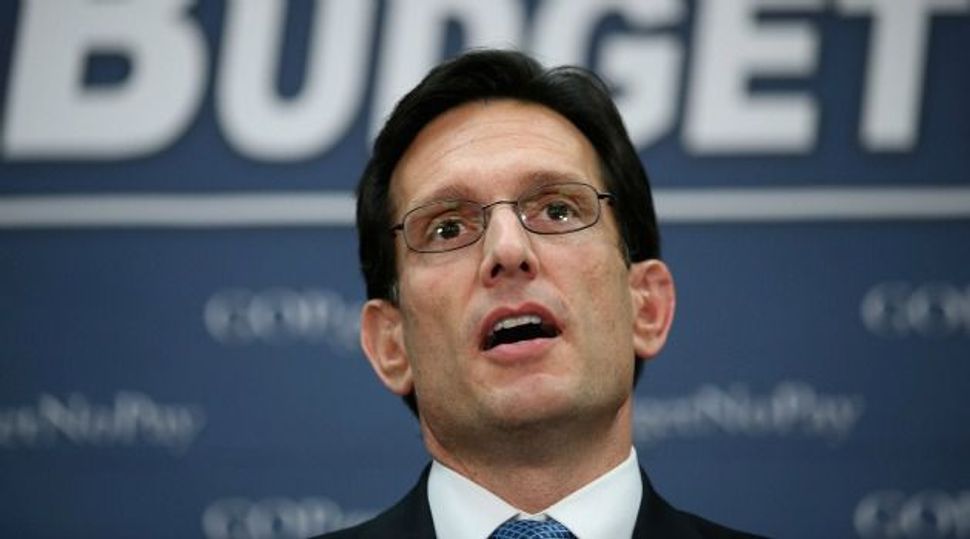 A top U.S. Republican lawmaker said on Sunday he would support granting citizenship to children who are in the country illegally in a sign that conservatives who oppose immigration amnesty will be playing defense as Congress takes on immigration reform in the coming months.

Representative Eric Cantor, the No. 2 Republican in the House of Representatives, said Congress could make quick progress on immigration if lawmakers agreed to give citizenship to children – an idea he opposed when it came up for a vote in 2010 as the DREAM Act.

“The best place to begin, I think, is with the children. Let’s go ahead and get that under our belt, put a win on the board,” Cantor said on NBC’s “Meet the Press.”

Cantor is leading an effort to improve his party’s image as many Republicans worry they will be consigned to irrelevancy in coming years if they do not reach out to the fast-growing Latino electorate, which strongly supports immigration reform.

President Barack Obama has made immigration reform a top priority of his second term in office and a bipartisan group of senators is working to draft legislation that would tackle the issue in a comprehensive manner, rather than the piecemeal approach that Cantor suggested.

Republican Senator John McCain, who is involved in that effort, said his group aims to provide a path to citizenship for all of those who are in the United States illegally, not just children, as long as border security is tightened.

“There are 11 million people living in the shadows. I believe that they deserve to come out of the shadows,” McCain said on “Fox News Sunday.”

That could be a tough sell for many of Cantor’s Republicans in the House, who say it would amount to amnesty for those who willingly broke the law.

“We want to make sure we’re compassionate and sensitive to their plight – these kids know no other place as home. On the other hand, we are a country of laws,” Cantor said.

Cantor declined to say whether he would support a pathway to citizenship for adults as well. He could be forced to take a stand one way or the other if McCain and his colleagues manage to pass their legislation out of the Senate.

Dick Durbin, the No. 2 Democrat in the Senate, said Cantor’s support for citizenship for children was a positive sign. But he said his colleagues in the Senate would be pushing for more.