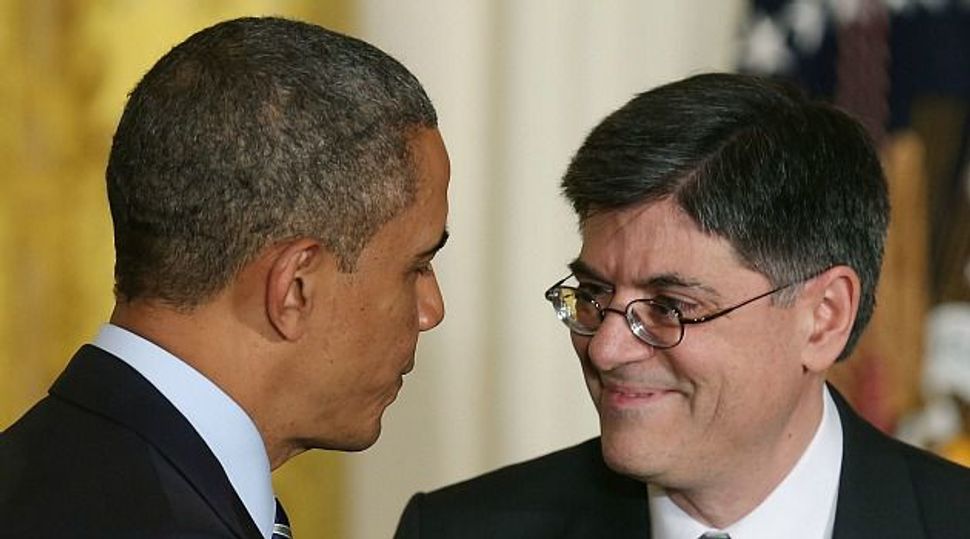 Jack Lew, President Barack Obama’s nominee to lead the U.S. Treasury Department, faces a grilling about a big bonus he received from Citigroup and his plans for the government’s finances when he testifies before a Senate panel on Wednesday.

Lew, a 57-year-old New Yorker who is White House chief of staff, is a budget wonk who would rather avoid television cameras, Obama has said.

But he will be in the spotlight on Wednesday over his own finances, namely a $940,000 bonus he received in January 2009 after a brief stint at Citigroup, just before the bank received a taxpayer-funded bailout.

Republicans on the Senate Finance Committee, which will vet Lew for Treasury secretary, also plan to ask him about his role at the Wall Street bank, especially as chief operating officer of Citi Alternative Investments.

“If taxpayers are going to prop up failed banks, they have a right to know what a key executive like Mr. Lew did at that time,” Senator Orrin Hatch, the ranking Republican on the Finance Committee, said in a statement.

Lew and others familiar with his work at Citi have said his role was largely administrative and was separate from any financial portfolio decisions. In remarks prepared for delivery to the Senate panel and obtained by Reuters, Lew said his work at Citi focused on “trying to drive organizational change.”

Nonetheless, Lew’s confirmation hearing will serve as a battlefield in the budget wars that have divided Washington. The senior Republican on the Senate Budget Committee, Senator Jeff Sessions of Alabama, has already said Lew is unfit to serve.

However, there is no widespread opposition to the nomination and with Democrats controlling the Senate 53-45, Lew is widely expected to win confirmation later this month.

At the hearing, Republicans also plan to focus on a $56,000 investment Lew once had in a Citigroup venture capital fund registered in the Cayman Islands.

Obama criticized such offshore accounts when he campaigned for re-election last year. But the White House said the investment should not get in the way of Lew’s confirmation given that it was already known when he was confirmed for two other government positions, including White House budget chief.

Hatch and others also said they will ask Lew about his knowledge of financial markets, where Lew has admitted to a lack of experience, despite his time at Citigroup.

The treasury secretary serves as chair of the Financial Stability Oversight Council, a panel of banking and market regulators that is close to imposing additional rules on a handful of large, complex financial institutions meant to ensure they do not threaten the stability of the financial system.

Lew lacks the international stature of his predecessor, Timothy Geithner, who had met regulators from around the world as president of the New York Federal Reserve Bank and who was a senior financial diplomat in a prior stint at the U.S. Treasury.

Lew served as deputy secretary of state under Hilary Clinton, but his main responsibility there was managing the State Department’s resources.

His real passion is for budgets. He worked as the White House budget chief twice, first under President Bill Clinton.

“Budgets aren’t books of numbers. They’re a tapestry, the fabric, of what we believe,” he told Congress in 2010.

Analysts said the choice of Lew as the administration’s top economic official signals the importance Obama places on ongoing battles in Washington over the government’s budget.

If confirmed, Lew will take the helm at Treasury as the White House heads into another round of difficult talks with Congress on how to put the United States on a sound fiscal footing.

Senate Democrats are expected this week to reveal a series of targeted spending cuts and tax increases on high earners to replace across-the-board federal spending cuts due to kick in on March 1. Senate Republicans are likely to reject any proposal that includes tax hikes.

In his prepared testimony, Lew spoke out strongly against allowing the automatic cuts to take place on March 1, saying they would impose “self-inflicted wounds” on a fragile economic recovery.