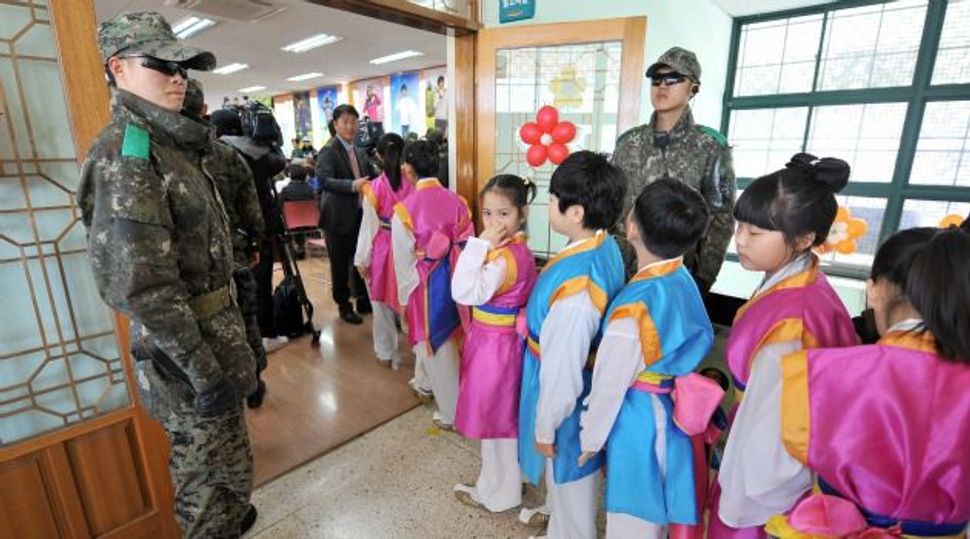 Israeli Prime Minister Benjamin Netanyahu pointed on Monday to North Korea’s latest nuclear test as proof the world must keep up pressure on Iran to prevent it acquiring atomic weapons.

In a speech to a gathering of international Jewish leaders, Netanyahu said sanctions alone could not stop Iran developing a nuclear bomb, and held out the prospect of military action as a last resort.

“Have sanctions, tough sanctions, stopped North Korea? No. And the fact that they produced a nuclear explosion reverberates everywhere in the Middle East, and especially in Iran,” he said.

“They have to be coupled with a robust, credible military threat,” Netanyahu said, repeating a call he has made in previous speeches on the Iranian issue.

If all that fails to deter Iran, “then it will have to be stopped another way”, he said, alluding to military action.

The United States and some of its Western allies share Israel’s suspicion that Iran is trying to develop nuclear weapon capability under the guise of a civilian atomic energy programme.

Its Supreme Leader Ayatollah Ali Khamenei said on Saturday his country did not want to acquire nuclear weapons but that, if it did, no world power could prevent it from obtaining them, according to Iranian media.

North Korea carried out a nuclear test last week, its third in defiance of U.N. resolutions. Israel said the international community must make clear to North Korea that such activities cannot be tolerated.

Referring to Iran, Netanyahu said: “Their development of nuclear weapons will spark a nuclear arms race. It will make the Middle East a nuclear tinderbox. It will change the world.”

Last week he said new centrifuges Iran was installing for uranium enrichment could cut by a third the time needed to create a nuclear bomb.

Diplomats believe, however, that Iran may have resumed converting small amounts of its higher-grade enriched uranium into reactor fuel, thereby slowing a growth in stockpiles that could be used to make weapons.

In his speech on Monday, Netanyahu reiterated that Iran would top the agenda next month when U.S. President Barack Obama visits Israel. Obama will also visit the occupied West Bank and Jordan during the trip.

Israel is widely believed to be the Middle East’s only nuclear power. It has never confirmed or denied this.