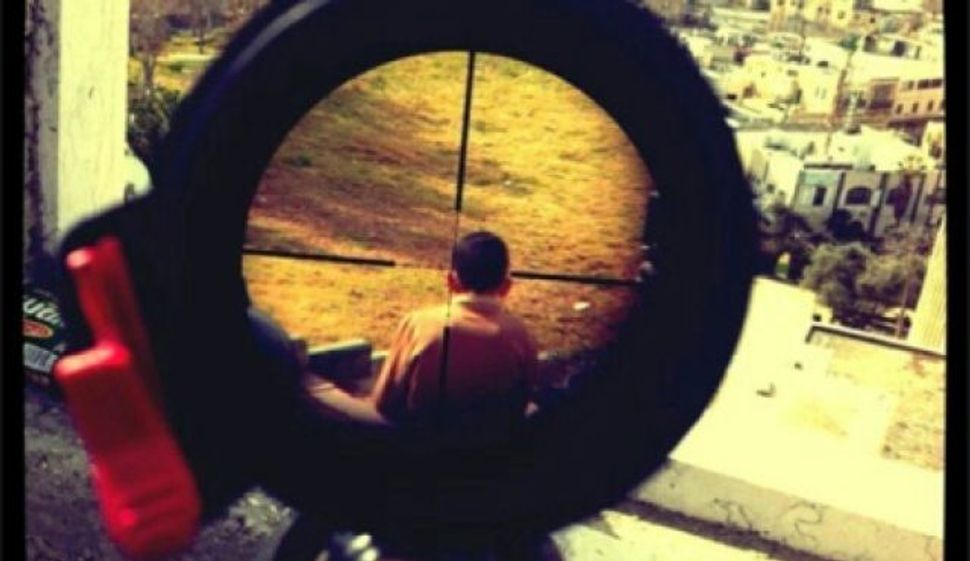 An Israel Defense Forces soldier has posted an Instagram photo of what appears to be a Palestinian boy in the crosshairs of a sniper’s rifle, prompting angry criticism after it was picked up by The Electronic Intifada and other news sites around the world over the weekend.

“This is what occupation looks like,” representatives of Breaking the Silence, a group of IDF combat veterans who aim to raise public awareness of what happens in the territories, said on the group’s Facebook page. “This is what military control over a civilian population looks like.”

The advocacy group said the image shows that not much has changed in the decade since a similar photograph taken by a soldier was displayed in the organization’s first public exhibit in 2003.

“There, too, an Israeli soldier aimed a weapon at a boy and took a picture with his camera as a memento, a gesture of an endless feeling of power that is connected to control over another people,” read the Breaking the Silence Facebook page.