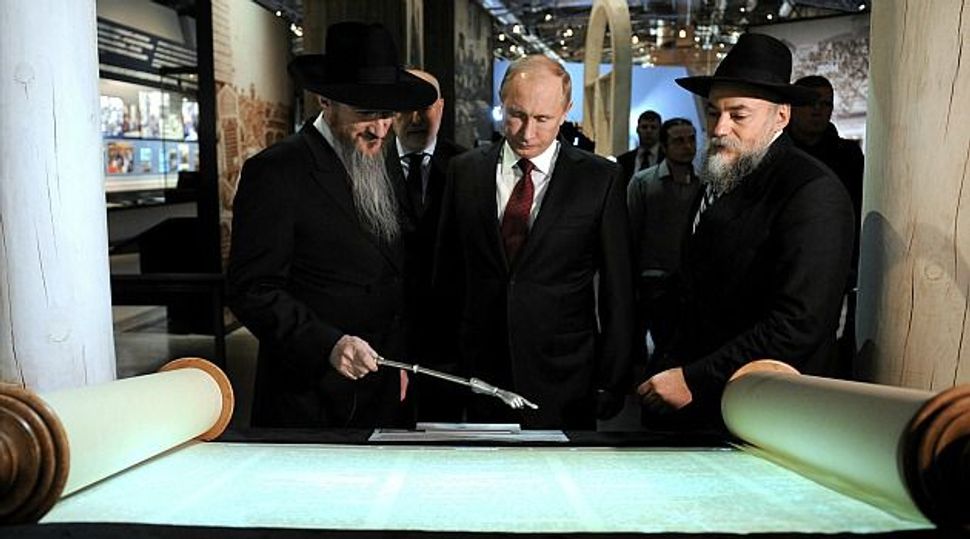 Chabad rejected a proposal by Russian President Vladimir Putin that a disputed collection of books and documents be kept at a Jewish museum in Moscow.

“The collection must be returned to the Agudas Chasidei Chabad library at Chabad’s worldwide headquarters in Brooklyn, N.Y.,” Nathan Lewin, the movement’s attorney, was quoted by The Associated Press as saying.

Chabad claims sole ownership of thousands of Jewish texts seized by Soviet authorities during the 1920s and 1940s.

Last month, a U.S. District Court judge penalized Moscow $50,000 a day until it releases the documents. The Russian government considers the texts to be state property and refuses to pay any fines.