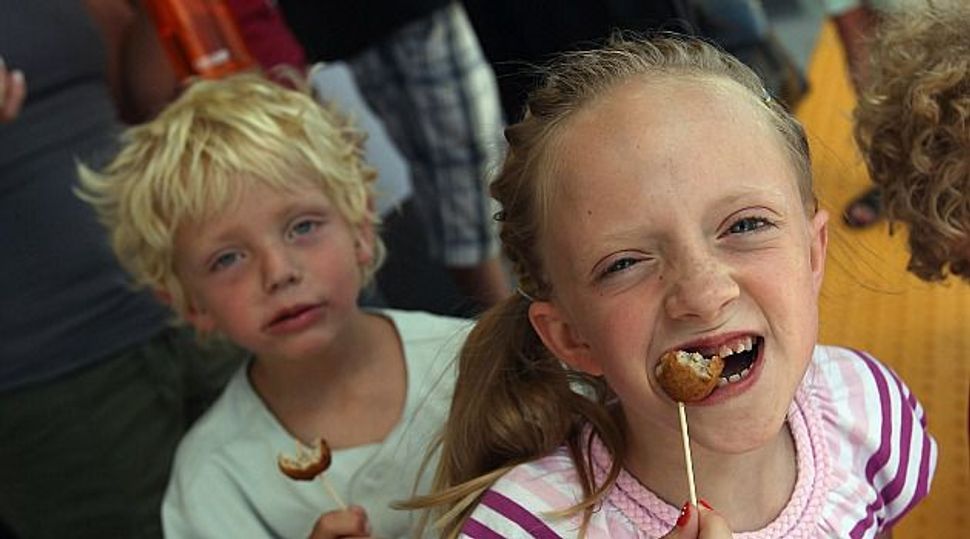 Better Days: Children enjoy IKEA?s signature Swedish meatballs as a store opening in Colorado. The furniture company is pulling the delicacy after tests in Europe found traces of horsemeat. Image by getty images

IKEA, the world’s No. 1 furniture retailer and known also for its signature cafeterias in its huge out-of-town stores, said it had stopped sales of all meatballs from a batch implicated in the Czech tests.

The checks were carried out in response to a Europe-wide scandal that erupted last month when tests carried out in Ireland revealed some beef products contained horsemeat. This has triggered recalls of ready-made meals and damaged confidence in Europe’s vast and complex food industry.

“We take this very seriously,” said IKEA spokeswoman Ylva Magnusson at the company’s headquarters in Helsingborg, southern Sweden. “We have stopped selling that specific batch of meatballs in all markets where they may have been sold.”

The meatballs, pulled from shelves at IKEA’s stores after Czech inspectors discovered they contained horsemeat, had been available in stores in several European countries, the company’s Czech spokesman said on Monday.

Besides the Czech Republic, they had also been on sale in Britain, Portugal, Netherlands, Belgium, Slovakia, Hungary, France, Italy, Spain, Greece, Cyprus and Ireland, Magnusson said.

All IKEA’s meatballs are produced in Sweden by supplier Familjen Dafgard, which said on its website it was investigating the situation and would receive further test results in the coming days.

IKEA’s Magnusson said hopes were that test results would determine the percentage of horsemeat in the meatballs, and that there was is no indication any other batch had been affected.

In Italy, one of the countries where meatballs from the batch were withdrawn from sale, consumer rights group Codacons called for checks on all meat products sold by IKEA in Italy.

“We are ready to launch legal action and seek compensation not only against the companies who are responsible but also those whose duty it was to protect citizens,” Codacons President Carlo Rienzi said in a statement.

The Czech State Veterinary Administration reported its findings to the EU’s Rapid Alert System for Food and Feed, it said in a statement.

The inspectors took samples for DNA tests in IKEA’s unit in the city of Brno from a product labelled as “beef and pork meatballs”, the statement said.

Meatballs, a famous Swedish dish, have become a trademark for IKEA across its markets.