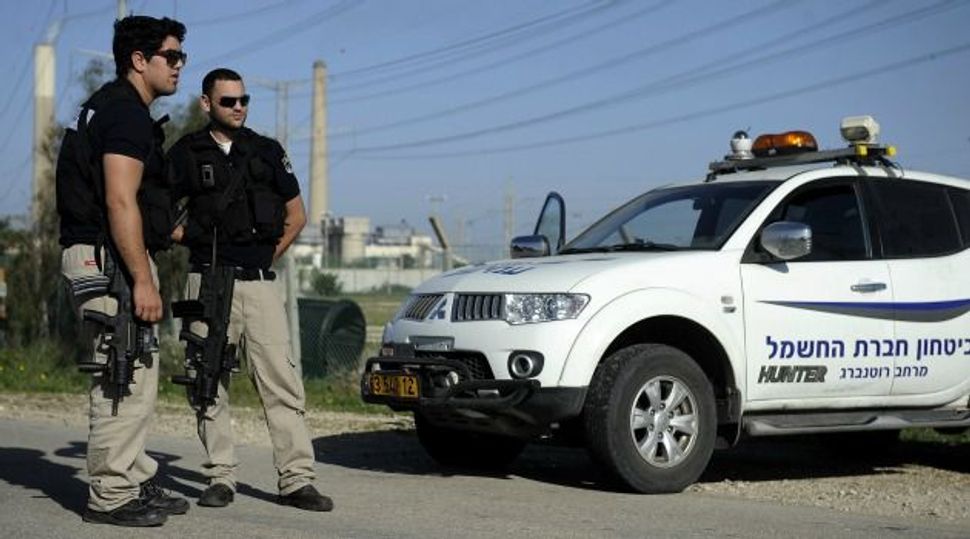 A rocket fired from Gaza exploded in Israel on Tuesday, the first such attack since a November truce, and a militant group said it launched the strike to retaliate for the death of a Palestinian in an Israeli jail.

“We must resist our enemy by all available means,” the group said in a statement emailed to reporters. “We stress our commitment to armed struggle against the Zionist enemy.”

Hamas, the Islamist group that controls the Gaza Strip, said it was investigating the attack, which caused no casualties and followed a surge in West Bank protests since Jaradat’s death and intermittent hunger strikes by four other prisoners.

The rocket hit a road near the southern city of Ashkelon, police said. Israel responded by closing the Kerem Shalom border crossing through which produce and other goods are moved into the Gaza Strip, but it took no immediate military action.

The rocket was the first to hit Israel since a Nov. 21 truce brokered by Egypt that ended eight days of cross-border air strikes and missile attacks in which 175 Palestinians and six Israelis were killed.

In addition to the fire from Gaza, a surge of unrest in the occupied West Bank has raised fears in Israel of a new Palestinian Intifada, or uprising.

Abbas accused Israel of inciting the unrest but urged calm.

“We did not want things to go as far as they have. We do not want tension or any escalation,” Abbas said in the West Bank, in his second appeal in as many days to tamp down the violence.

On Monday, thousands of Palestinians in the West Bank turned out for the funeral of Jaradat, 30, who died a week after his arrest for throwing stones at Israeli vehicles.

Palestinian officials said he had died after being tortured in prison. But Israel said an autopsy carried out in the presence of a Palestinian coroner was inconclusive.

In confrontations after the emotive funeral, Israeli police shot and wounded five Palestinian youths in Bethlehem and outside a West Bank prison, leaving a 15-year-old boy with a critical head injury, Israeli and Palestinian medics said.

Before the rocket attack from Gaza, media reports said Israeli officials had hoped the Palestinian protests were winding down.

Palestinian frustration has also been fuelled by Israel’s expansion of Jewish settlements in territory captured in a 1967 war and deadlocked diplomacy for a peace agreement since 2010.