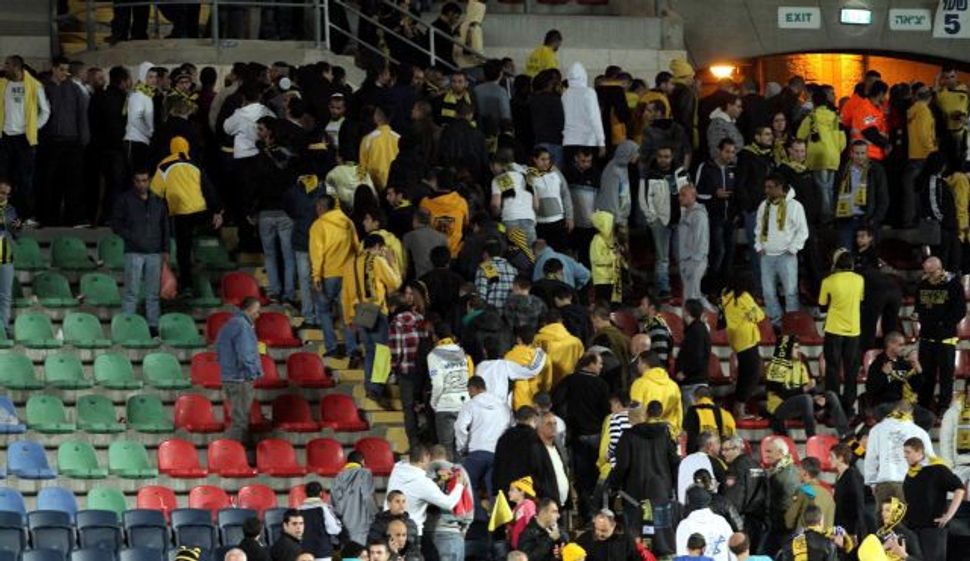 Shameless Show: In a blatant display of racism, Beitar Jerusalem fans walk out on their own team after a Muslim player scored a goal. Image by Haaretz

A Sunday soccer game between Beitar Jerusalem and Maccabi Netanya ended in a 1-1 draw, but the event was again overshadowed by a blunt show of racism by hundreds of Beitar fans.

One might have thought that the home fans would be overjoyed when their team scored in the 48th minute. After a weak first half from the hosts, Avi Rikan sent a delicious through ball which cut through the Netanya defense, finding Chechen forward Zaur Sadayev, who controlled the ball with his chest and sweetly struck home from inside the box. While most Beitar fans and players celebrated the goal, some 300 fans walked out in disgust.

The team is known for its anti-Arab supporters and many of them were accused of beating Palestinians during a rampage through the city last year.

The supporters complained when the team signed two Muslim players from the Russian breakaway region of Chechnya and even unfurled banners calling for Beitar to remain “pure.”