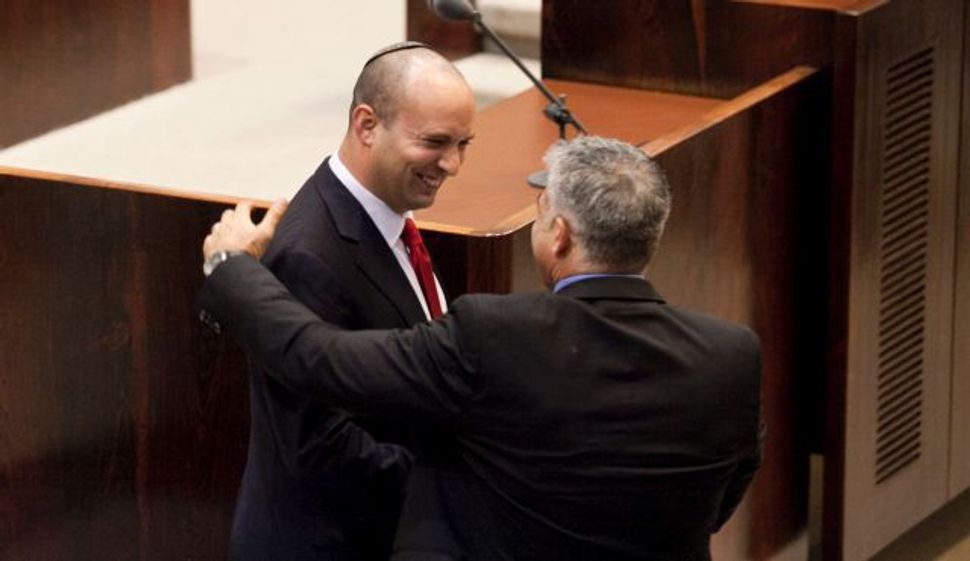 Bromance on Rocks? They?re the new BFF?s of the Israeli political world. But Yair Lapid and Naftali Bennett can?t quite agree on gay marriage.

Yair Lapid’s party says it is demanding that homosexual couples be permitted to marry legally, as the negotiations to form Israel’s next coalition enter their final lap amidst a flurry of contradictory reports.

Habayit Hayehudi stated that it does not support the demand for legal gay marriage as a condition for joining the coalition, but didn’t say whether it would refuse to join the government over the issue.

Likud officials insist that understandings have been reached on key disputed issues, but Yesh Atid and Habayit Hayehudi representatives deny this, saying “no Likud representative has told us that our demands have been accepted.”

There are four core demands put forward by Yesh Atid: a significant expansion of the definition of partnership, which will enable homosexual couples to marry legally for the first time; a partial operation of public transportation on the Sabbath; the addition of core subjects to curricula in all educational institutions in Israel; and the adoption of a blueprint, presented by Yesh Atid, for sharing military and national service – a plan which is opposed by both Prime Minister Benjamin Netanyahu and by the ultra-Orthodox parties.