Israeli Police, Palestinians Clash at Dome of the Rock Complex 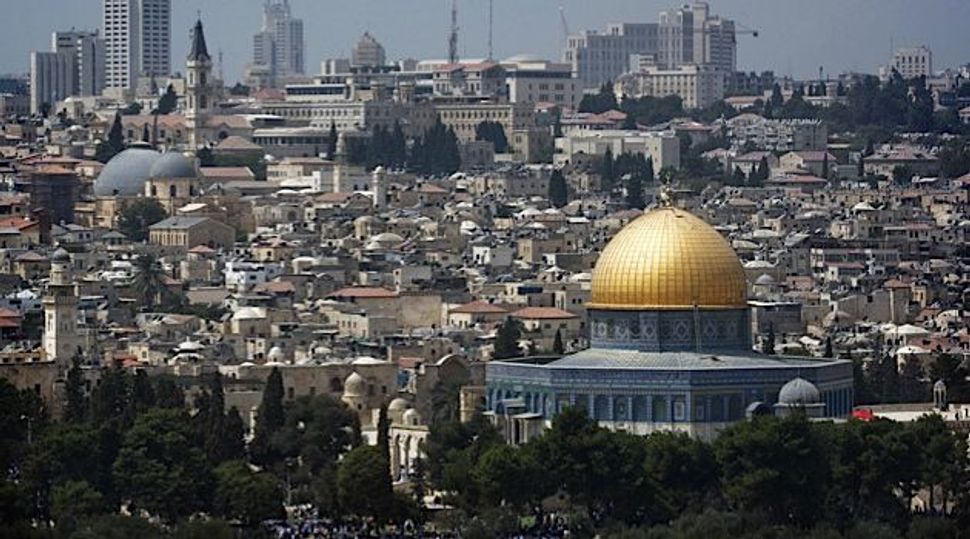 Israeli police fired stun grenades to disperse Palestinian worshippers who had thrown rocks and firebombs at them after Friday prayers at the al-Aqsa Mosque compound in Jerusalem’s Old City, police said.

Dozens of officers entered the politically sensitive area, one of Islam’s holiest sites to break up several hundred protesters.

A number of policemen were lightly hurt, a police spokesman said, and Palestinian media said at least 15 protesters were injured.

A surge in violence in the occupied West Bank over the past several weeks has raised concern in Israel that a new Palestinian uprising could erupt.

Tension is rising before a visit by U.S. President Barack Obama to Jerusalem and Ramallah at the end of the month and the possible resumption of peace talks that have been stalled since 2010.

Clashes were also expected in the West Bank at the funeral of a Palestinian who died of his wounds on Thursday after being shot by Israeli soldiers during a confrontation with stone-throwers two weeks ago.

The violence has focused around the plight of Palestinians held in Israeli jails but it largely subsided last week after Israel agreed to release two hunger-striking inmates in May and they ended their protest.  Palestinians seek statehood in territories Israel captured in the 1967 Arab-Israeli War. Peace talks broke down over Palestinian objections to Israel expanding settlements on occupied land. Most of the world considers the settlements illegal.

Israel has called for resuming the talks without preconditions. (Writing by Ori Lewis; Editing by Angus MacSwan)

Israeli Police, Palestinians Clash at Dome of the Rock Complex