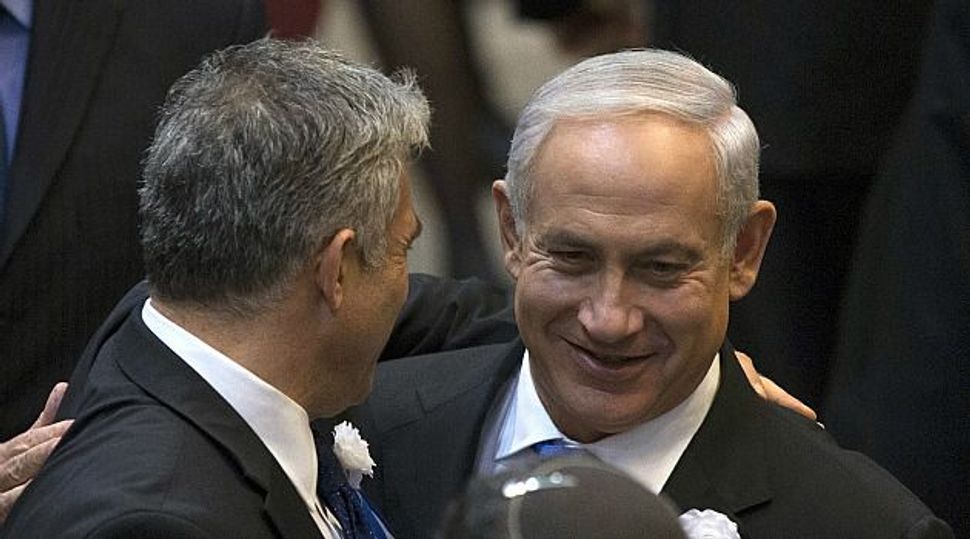 Best Buddies: Now that Benjamin Netanyahu is being forced to hand over plum cabinet spots to other parties, loyalists in his own Likud party are crying foul. Image by getty images

Prime Minister Benjamin Netanyahu will likely encounter harsh opposition within his Likud party if high-ranking ministers and Knesset members soon find themselves without a job.

Party officials on Sunday threatened an “intifada”, or uprising, over what they call “Netanyahu’s failure to give out positions” to members of Likud and other formerly close coalition partners.

Although over the past few weeks Rivlin reportedly received a series of promises that he would keep his position, including a written promise from a third party, on Saturday it turned out otherwise. “Rivlin is the first to be disappointed. He is learning what other high-ranking party members to whom Netanyahu made promises learned – that Netanyahu’s word is worthless,” another official said.