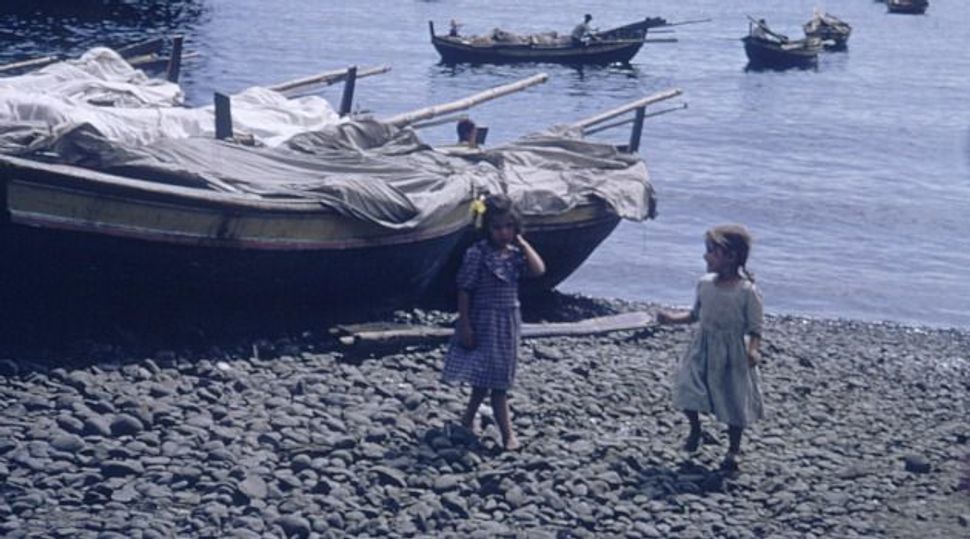 Few Jews have lived for decades on the picture postcard Portuguese island of Madeira. Image by getty images

Descendants of Jews forcibly converted to Catholicism centuries ago will attend the first seder in decades on the Portuguese island of Madeira off the coast of Africa.

Thirteen Jews, some of them Bnei Anousim, the descendants of Portuguese Jews targeted for conversion during the Inquisition, will gather in Funchal, the capital of the archipelago on Passover eve, the Jerusalem-based nongovernmental organization Shavei Israel wrote in a statement on Thursday.

According to the organization, the seder will be the first recorded Passover feast to take place on the island in centuries.

The island, situated some 600 miles southwest of Portugal, today has no Jewish residents. The Bnei Anousim who are attending include members of two families from Belmonte, a town in northern Portugal known as a Jewish center before the Portuguese Inquisition was launched in 1497.

Portuguese Jews who settled in Madeira continued to practice Judaism in secret even after their forcible conversion, according to Modechai Arbel, author of “The Jewish Nation of the Caribbean.” They were exposed when denunciations against Jewish practices in Madeira filtered back to Lisbon in 1550, he wrote.

Jews from Morocco arrived in Madeira in 1819 and set themselves up in the cloth trade. A synagogue and cemeteries were built on the island but were abandoned decades ago.

The Madeira Seder will be led by Marvin and Danby Meital, an American-Israeli couple, and sponsored by Shavei Israel, which was founded in 2002 to help descendants of Jews across the world reconnect with the people and State of Israel.

“The holding of a Seder in Madeira is truly historic,” said Shavei Israel Chairman Michael Freund. “It is incumbent upon Israel and the Jewish people to reach out to the Bnei Anousim and facilitate their return.”