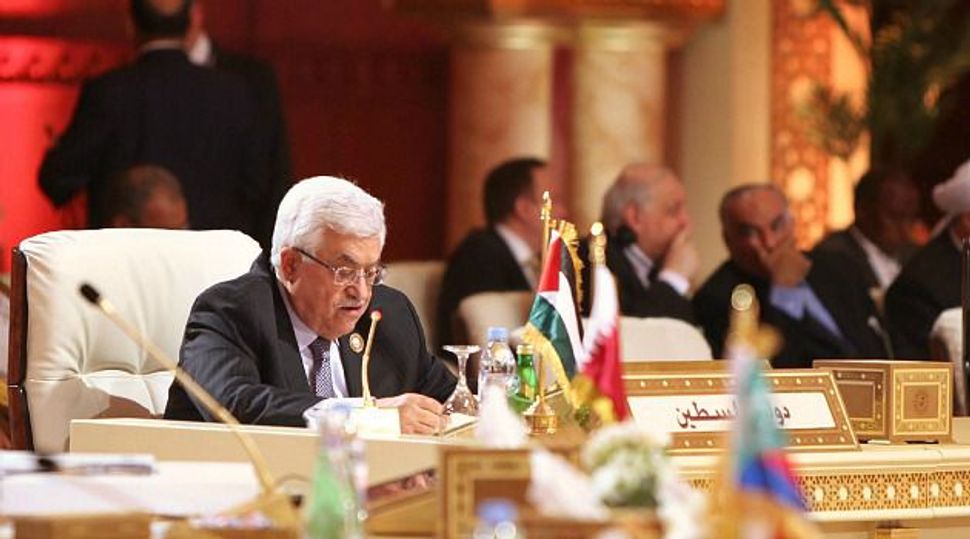 Speaking at the Arab League summit in Doha, Abbas informed the heads of Arab countries about his meeting with U.S. President Barack Obama last weekend in Ramallah. He relayed that he told Obama that the Palestinians continue to insist on the establishment of a Palestinian state with a capital in East Jerusalem and the release of Palestinian prisoners.

A delegation representing the Arab League is scheduled to arrive in Washington in the coming weeks for a meeting with senior government officials. They are slated to discuss ideas for renewing peace talks based on two chief principles: A predetermined timetable for talks and operational decisions for ending the occupation and facilitating the establishment of a Palestinian state along 1967 borders, with a capital in East Jerusalem.

A Palestinian official involved in the Doha talks told Haaretz that if after three to four months Arab delegates and U.S. Secretary of State John Kerry fail to come up with ways to renew peace negotiations, the Palestinians reserve the right to turn to the International Criminal Court in Hague.