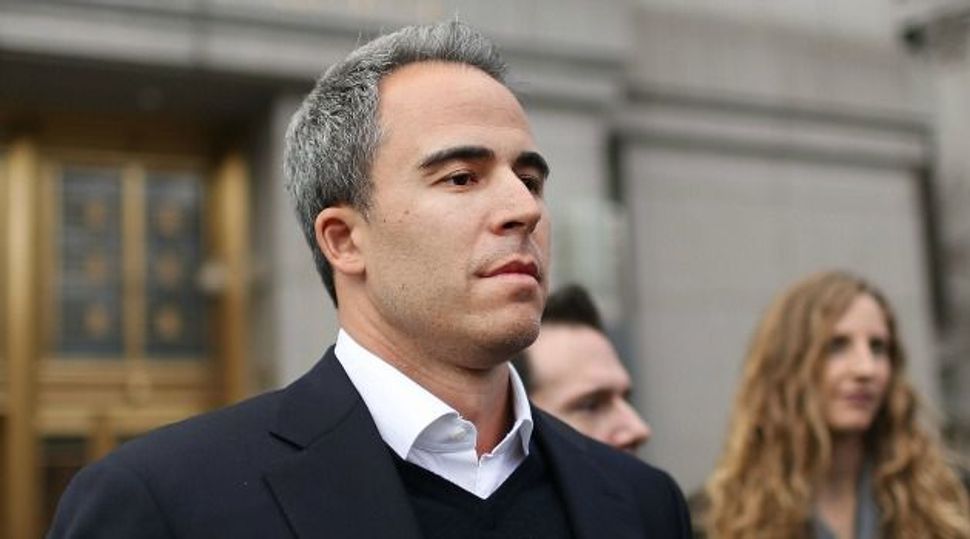 Accused: Michael Steinberg has told friends he expects to be exonerated. Image by getty images

On Friday, U.S. authorities arrested and charged Michael Steinberg, a 16-year veteran of Cohen’s $15 billion SAC Capital Advisors, with insider trading in shares of the technology stocks Dell and Nvidia.

The case against Steinberg, 40, is built heavily on the testimony of one of his former colleagues, Jon Horvath, who has admitted to insider trading and is now cooperating with the government.

“What they’re going to need to prove is that Steinberg got inside information that he knew came from an insider and that he then traded on it,” said Marc Greenwald, a former U.S. prosecutor in New York who is now a partner at Quinn Emanuel in New York, and not involved in the case. “It all depends on what Horvath said he said and whether everybody believes him.”

Steinberg’s lawyer, Barry Berke said after Steinberg’s arrest that his client had done “absolutely nothing wrong” and his “trading decisions were based on detailed analysis.”

Steinberg could not be reached for comment. Berke did not immediately respond to a request for comment for this article.

The case against Steinberg, one of Cohen’s closest confidants, is different from other recent insider trading cases because it relies not so much on incriminating emails or wiretaps but instead on a chain of people who have admitted to passing along inside information.

By contrast, the pending criminal case against Mathew Martoma, a former SAC portfolio manager accused of trading on inside information in two drug stocks, is built on direct communications – including emails and precisely timed phone calls – between Martoma and someone with inside knowledge of the drug companies’ business.

There has been widespread talk among defense lawyers familiar with insider trading cases that prosecutors would like Steinberg and Martoma to take pleas and agree to provide incriminating evidence against Cohen, but so far that has not happened. Martoma rejected several attempts by prosecutors to strike a deal before he was indicted, according to people familiar with the matter.

Court papers filed in the Steinberg case show how people working at Dell and Nvidia fed non-public information about the companies into a ring of hedge fund analysts who – despite working at several different firms – shared it with each other. They were caught in 2011, and the accused either pleaded guilty or were convicted by a jury.

One of the people in the ring was Jesse Tortora, an analyst at Diamondback Capital Management. Tortora passed the non-public information to Horvath, an analyst who reported directly to Steinberg at SAC’s unit Sigma Capital.

The five-count indictment alleges Steinberg generated about $1.4 million in illegal profits for Cohen’s $15 billion hedge fund. In a related civil complaint against Steinberg, the U.S. Securities and Exchange Commission said the information allowed Steinberg to generate $6.4 million through either profits or avoided losses for the hedge fund.

Emails submitted as evidence in the trials of two of the other hedge fund analysts in the insider ring included Steinberg and Horvath as addressees, and showed Horvath discussing information about Dell that he wrote came “from someone at the company,” adding, “please keep to yourself as obviously not well known.”

Steinberg later wrote: “Yes normally we would never divulge data like this.”

In another email, Horvath wrote exclusively to Steinberg to discuss a position on Dell and warned: “JT asked me specifically to be extra sensitive with the info,” in probable reference to Jesse Tortora.

After pleading guilty last year, Horvath began cooperating with government investigators. He told them he gave the inside information to Steinberg, who traded on it, according to Steinberg’s indictment. If the case goes to trial, Horvath will have to testify against his former boss.

“I presume he’s going to say ‘I told (Steinberg) I got it from an insider,’” Greenwald, the former U.S. prosecutor, said.

In the weeks leading up to his arrest, Steinberg conveyed confidence, according to people who know him, telling friends he knew he would be indicted but that he expected to beat the charges.