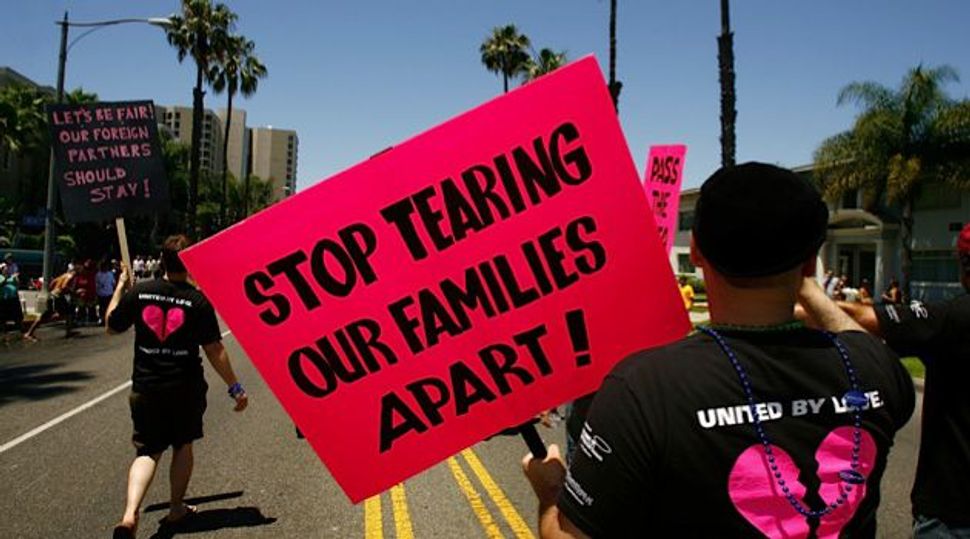 As momentum builds in Congress for LGBT equality, locally, in New York, nearly 100 local interfaith leaders have signed a letter to Senator Charles Schumer to include equal protection for LGBT families in immigration reform legislation.

“In the last two weeks we have seen an unprecedented amount of senators step forward in favor of equal marriage rights for same sex couples,” said Alan van Capelle, CEO of Bend the Arc. “They’ve talked about their journey and support…this immigration battle is the first opportunity to demonstrate their support.”

Bend the Arc, Auburn Theological Seminary, and the Empire State Pride Agenda joined to create the letter, which is signed by 37 rabbis. The letter says, “Same-sex bi-national couples should not be forced to choose between their love for America and their love for each other,” and that, “LGBT Americans and their families deserve the dignity of the same family immigration rights as all other Americans.”

“The moral test of this immigration bill will be how many people does this bill cover and in what period of time will it take people to become citizens,” van Capelle said.

He added that, “It would be unconscionable for a Jewish community, who often understands what it’s like to be marginalized and excluded, to not raise our voice on this very important issue.”

Recently, Bend the Arc also create a website, Entry Denied, where users can submit historical information about their ancestors and find out whether under today’s laws if they would have been accepted into this country.