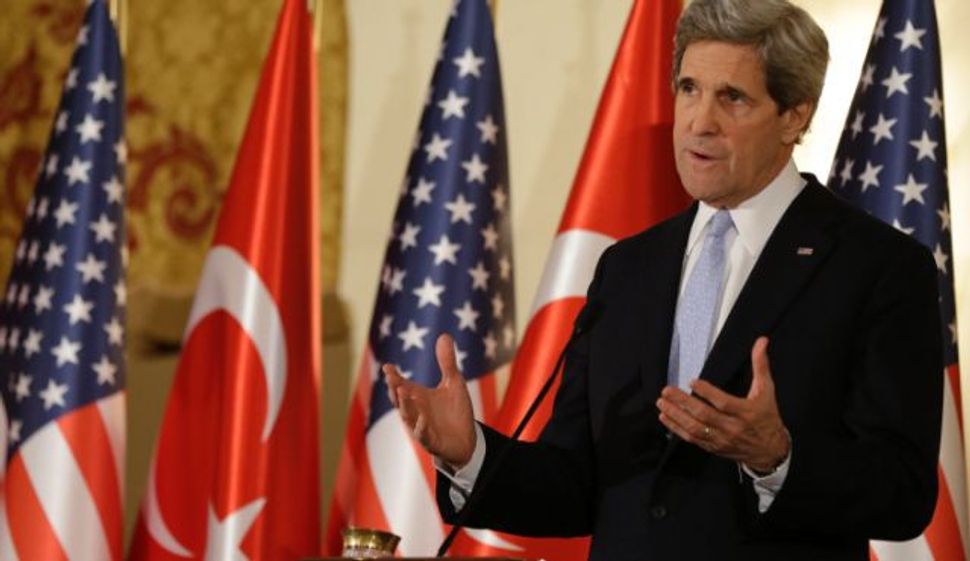 Will Turkey join the attempt to broker peace between Israel and the Palestinians? According to the Hurriyet Daily News, during a brief stay in Turkey scheduled to begin Saturday, U.S. Secretary of State John Kerry isexpected to offer Turkish Prime Minister Recep Tayyip Erdogan an active rolein the peace process due to his country’s good relations with andits influence on Hamas.

U.S. State Department spokeswoman Victoria Nuland confirmed the plan, tellingreporters on Thursday, “Turkey has significant influence with the Palestinians. It has the ability to encourage Palestinians of all stripes to accept Quartetprinciples and move forward on that basis.”

Turkey’s new role in the peace process was presumably one of the issues agreedon between U.S. President Barack Obama and Prime Minister Benjamin Netanyahuduring the former’s visit here last month, and will serve asthe basis of the normalization of Israel-Turkey relations.