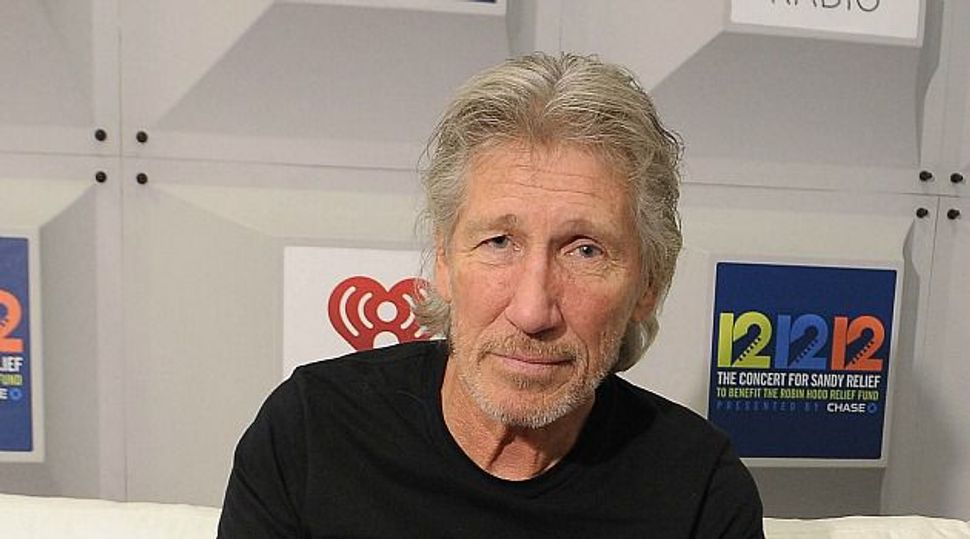 Pink Floyd rocker Roger Waters says Manhattan’s 92Y canceled his planned speaking event at the cultural center and he suspects it was because his criticism of Israel sparked “resistance in the local Jewish community.”

“If that be the case, it saddens me,” Waters wrote on his website. “In these troubled times, opportunities for serious, measured discourse are too precious to be discarded on the altar of sectarian prejudice.“

Waters, a prominent critic of Israel, was supposed to talk about his illustrious career with British rock band at 92Y on April 30.

Last week, 92Y gave the impression that they had to cancel the event because of Waters. But Waters explained on his website on April 7 that was not entirely true.

He said that he had been invited to speak at the 92Y on April 30 and had accepted. Because of a scheduling conflict with the São Paulo opera house, in Brazil, he asked the 92Y for an alternative date. Waters said 92Y offered him June 19 and he agreed.

Then, on April 3, 92Y called Waters’ publicist in New York and left a message “cancelling my re-scheduled engagement without explanation,” Waters said.

“We left messages asking to talk to Susan Engel [92Y’s director of lectures] but have so far received no reply,” Waters added in his website post, published on April 7.

Waters is a star supporter of the movement to movement to boycott, divest from and sanction Israel, known as BDS. He recently took partial credit for persuading Stevie Wonder not to appear at a benefit concert for Friends of Israel Defense Forces.

Although Waters’ talk was due to focus on his music career, some in the pro-Israel community were incensed when they found out, in late March, that he had been invited to talk at a Jewish institution.

Dissenters inundated Sol Adler, the 92Y’s executive director, and John Ruskay, CEO of the UJA-Federation of New York, with complaints, according to the Jewish Press.

92Y contacted ticket holders on April 3, to say: “We heard from Roger Waters that he is unable to appear at the event scheduled for April 30.”

The center offered to refund tickets — which started at $75 —but did not offer an explanation for the cancellation.

“We’re really not going to comment on this,” a 92Y spokesman said at the time. The 92Y did not respond to requests for comment on April 10.