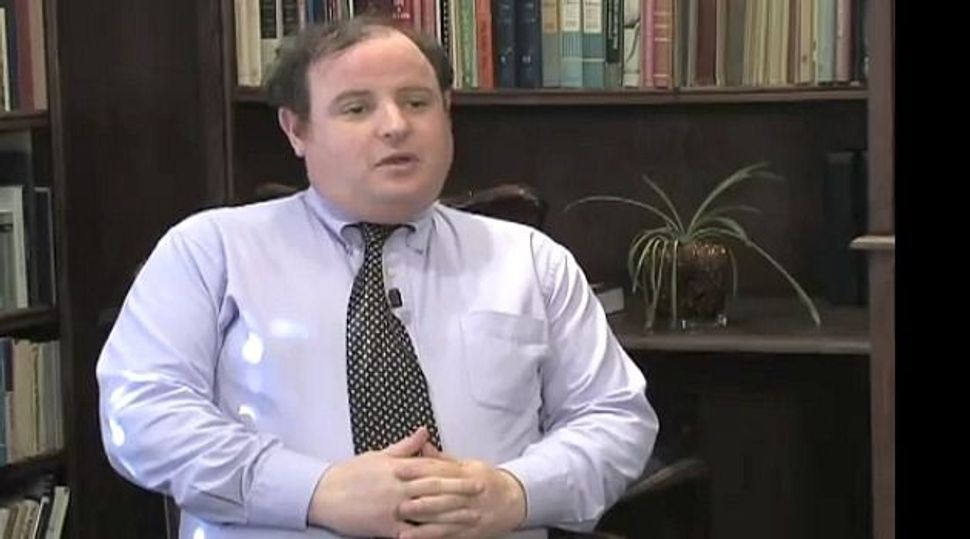 Michael Broyde, the top Modern Orthodox rabbi accused of setting up a fake persona to undermine a rival organization and praise his own work, downplayed the importance of the scandal in a new interview.

Broyde, 48, spoke exclusively with Haaretz as soon as Shabbat ended. In an interview during which he ranged from sounding befuddled about the fuss to defensive and at other times contrite, he downplayed the seriousness of his deception.

“I don’t understand the issue. That’s the truth,” he said.

He and a friend began using the Rabbi Hershel Goldwasser identity in the early 1990s, writing to Jewish journals using the name, he said. They used the name to publish in Jewish scholarly journals as diverse as Conservative Judaism and the RCA’s Tradition.

“It started as an intellectual adventure to see if we could write together on some things. We were good friends, partners on many different topics,” Broyde said.

He would not identify the friend, saying, “he has more at stake to lose than I do.”

Broyde also admitted “sockpuppeting,” using other names to post compliments of his own blog essays. One, from “David Gold,” complimented a January 2013 essay. “What a thoughtful and interesting piece by Rabbi Broyde,” wrote Gold.