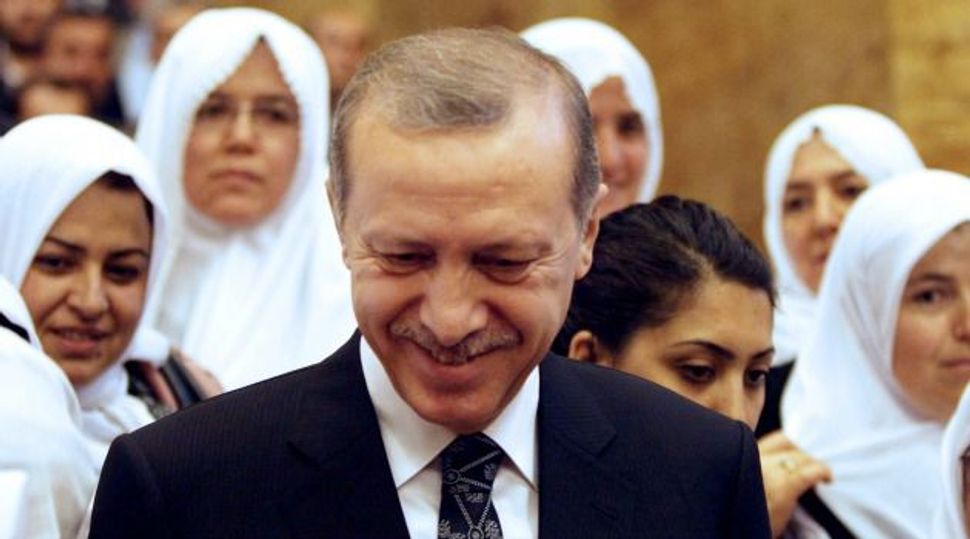 An Israeli delegation will visit Turkey for the first time in three years next week in another sign of thawing relations since the United States brokered a breakthrough in March, but any further advancement in ties was expected to be incremental.

Israel apologised to Turkey over the killing of nine Turks in a 2010 naval raid on a Gaza-bound flotilla and the two agreed to normalise relations in phone calls arranged by U.S. President Barack Obama on his recent trip to Israel.

But for all the diplomatic flurry, there were no illusions on either side that the relationship would be patched up as fully as Washington might hope, at least not any time soon.

“The honeymoon period between Israel and Turkey is over,” said Ufuk Ulutas from the Ankara-based Foundation for Political, Economic and Social Research (SETA), a thinktank close to the Turkish government.

“Even if Israel takes other steps beside the apology, the two countries will not return to the heyday of the 1990s.”

Monday’s visit by the Israeli delegation, led by an adviser to Prime Minister Benjamin Netanyahu, will focus on the question of compensation to the families of those killed by Israeli marines aboard the Mavi Marmara three years ago.

But that was always going to be the easy part.

Ankara set precise conditions for re-installing ambassadors and fully normalising ties: an apology, compensation and Israel lifting its embargo on the Gaza strip.

“We had three conditions and our view has not changed. Talk of Turkey ignoring the other two conditions after the apology is nothing but rumour and not a reflection of our position,” an official close to Turkish Prime Minister Tayyip Erdogan said.

That leaves a resumption in ties hostage to Israeli policy towards the Palestinian enclave.

Israel has made clear it did not commit to ending its Gaza blockade as part of the reconciliation, saying days after the apology that it could clamp down even harder on the enclave if security is threatened.

PLAYING TO THE GALLERY

The reconciliation may have fallen well short of the end to the Gaza blockade which Erdogan had routinely insisted on, but mindful of elections next year in which he hopes to run for an empowered presidency, his ruling AK Party has nonetheless presented the episode as a decisive diplomatic victory.

Billboards thanking Erdogan for securing the apology sprang up around the capital Ankara within hours. Turkish media praised the prime minister for his “principled diplomacy” and the “diplomatic coup” that led to the Israeli “surrender”.

“The AK Party is focusing on the apology for domestic policy use and trying to ignore other parts of the deal,” said Cagri Erhan, a political science lecturer at Ankara University.

“The lifting of the blockade seems very unlikely and some families of victims are not ready to drop the legal case even if the compensation is paid,” he said.

Survivors of the Mavi Marmara incident said this month the apology did not go far enough and vowed to pursue Israeli soldiers in court.

But so strong is the U.S. interest in a rapprochement – Secretary of State John Kerry described it as vital to regional stability – that there could be a resumption in intelligence sharing on issues including Syria and Iran behind the scenes.

With so many common concerns, both Turkey and Israel are eager to keep their relationships with Washington strong.

“There are huge interests here. The United States is a major player in this and it wants its allies to cooperate with it on first and foremost on Iran … and Syria,” senior Israeli defence official Amos Gilad told Israel Radio last month.

The prospect of a rapprochement has also piqued the interest of energy investors, who see potential for a radical change in the geopolitics of the eastern Mediterranean, allowing newly-discovered Israeli gas to be pumped to energy-hungry Turkey and on to other markets, undermining Russia’s supply dominance.

“Everything depends on our ties with Israel,” said a senior Turkish official, asking not to be named. “We can consider such a proposal if ties are restored. But until then, all such deals have to wait.”