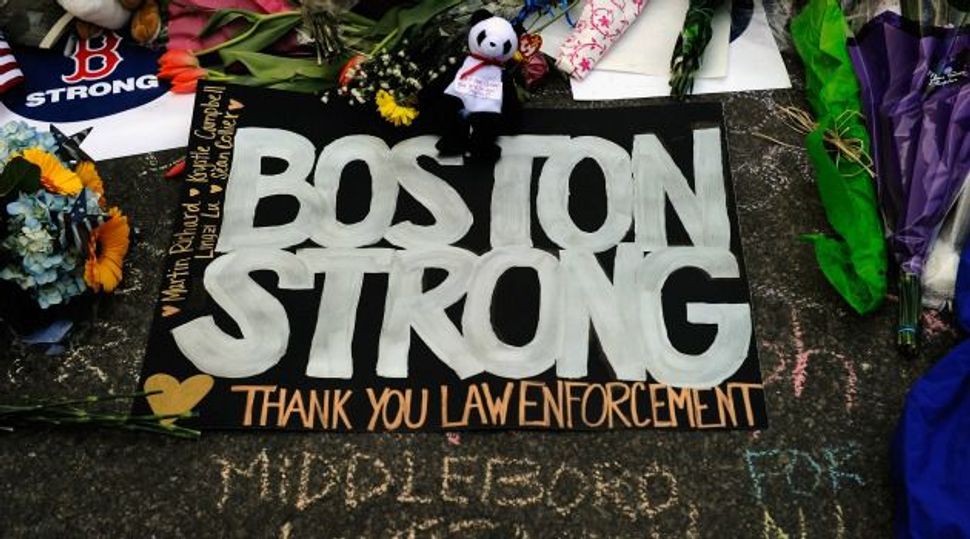 Ron Dermer, a diplomatic advisor to Prime Minister Benjamin Netanyahu and candidate for the post of Israeli ambassador to Washington, told a closed meeting of U.S. Jewish leaders in New York last week that the Boston marathon bombings would increase American support for Israel – just as that support increased following the attacks on Sept. 11, 2001.

Dermer made his remarks last Wednesday, two days after explosions rocked the Boston Marathon, killing three people and wounding nearly 200 more. Dermer, considered one of Netanyahu’s closest associates, is currently on vacation, after having finished his stint as a senior adviser at the Prime Minister’s Bureau.

“The bulk of the American people stand firmly with Israel and identify with Israel,” Dermer said, in a video filmed by blogger Jacob Kornbluh. “If you can look, historically, there was a big change after 9/11, and I am sure that after the tragic bombing in Boston, people will identify more with Israel and its struggle against terrorism and we can maintain that support.”

During his briefing with the Jewish leaders, Dermer surveyed the situation in the Middle East, and also gave them a glimpse at Netanyahu’s position regarding a possible Israeli strike on Iran’s nuclear facilities.

“Netanyahu is very prudent in the use of force,” Dermer said. “One columnist once called him a trigger-happy prime minister – that is ridiculous.”