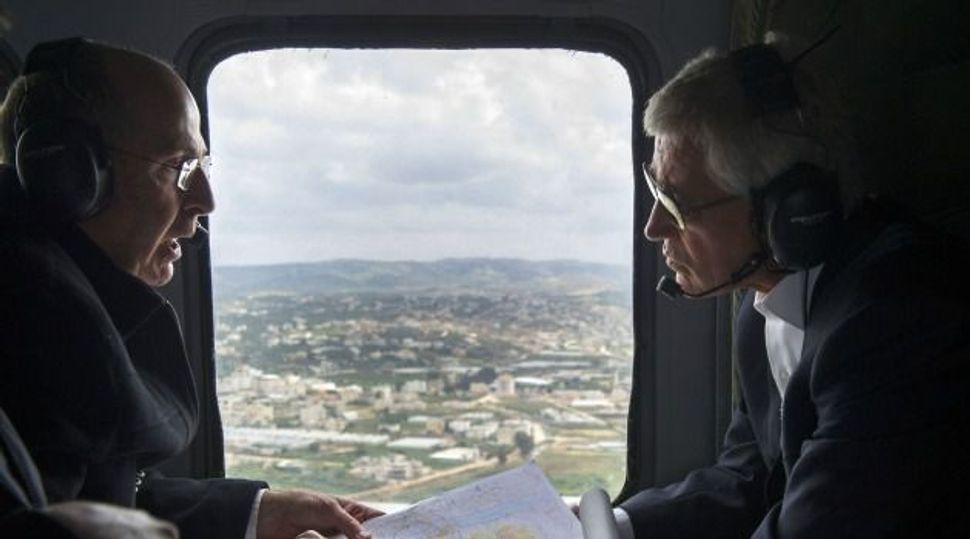 Israel suggested on Monday it would be patient before taking any military action against Iran’s nuclear programme, saying during a visit by U.S. Defense Secretary Chuck Hagel there was still time for other options.

With Iran’s presidential election approaching in June there has been a pause in hawkish rhetoric by Israel, which has long hinted at possible air strikes to deny its arch-foe any means to make an atomic bomb, while efforts by six world powers to find a negotiated solution with Tehran have proved fruitless so far.

“We believe that the military option, which is well discussed, should be the last resort,” Israeli Defence Minister Moshe Yaalon told reporters at a news conference with Hagel.

“And there are other tools to be used and to be exhausted,” Yaalon said, listing diplomacy, economic sanctions and “moral support” for domestic opponents of Iran’s hardline Islamist leadership.

Iran has denied seeking nuclear weapons capability, saying it is enriching uranium only for domestic energy purposes while calling for the elimination of the Jewish state. Israel is widely believed to have the Middle East’s only nuclear arsenal.

U.S. President Barack Obama has in the past clashed with Israeli Prime Minister Benjamin Netanyahu over how urgent the need may be to consider military action against Iran. Washington has suggested more time should be given for concerted diplomacy combined with sanctions pressure to produce a peaceful solution.

But with Obama recently installed in his second term, and Netanyahu in his third, the allies have publicly closed ranks. The United States projects more defence aid for Israel after the current disbursements of some $3 billion a year expire in 2017. And Hagel unveiled the planned sale to Israel of missiles, warplane radars, troop transport planes and refuelling jets.

“These decisions underscore that the military-to-military cooperation between the U.S. and Israel is stronger than ever, and that defence cooperation will only continue to deepen in the future,” Hagel said.

By contrast, the Bush administration in 2008 declined to provide Israel with refuelling tankers and missiles that might be used in a strike on Iran.

Before taking the helm at the Pentagon, Hagel had stirred ire among pro-Israel Americans for remarks including scepticism about the feasibility and desirability of such military action.

But in Israel, the second foreign country he has visited as defence secretary after Afghanistan, Hagel hewed to Obama’s line. “All military options and every option must remain on the table in dealing with Iran,” he said.

“I support the president’s position on Iran. And it’s very simple and I have stated it here … Our position is Iran will not be allowed to develop a nuclear weapon – the prevention of Iran from developing a nuclear weapon. Period.”

Iranian media reported on Monday that Iran and officials from the United Nations nuclear watchdog would hold a new round of talks on May 21 in Vienna. The International Atomic Energy Agency wants inspectors to restart a long-stalled investigation in Iran’s suspected atomic bomb research.

After lengthy disagreement, Israeli and U.S. estimates of when Iran might be able to produce a first nuclear weapon now largely dovetail to a time frame of about a year.

Hagel also said that non-military pressure on Iran has yet to be exhausted. “The sanctions on Iran are as potent and deep and wide a set of international sanctions that we have ever seen on any country. And those will continue to increase,” he said.

“Whether it leads to an outcome that we desire remains to be seen … and as I said, the military option is always an option.”

After the news conference, Hagel boarded an Israeli military helicopter for an aerial tour of the Golan Heights frontier – Israeli-occupied territory on the edge of Syria’s civil war