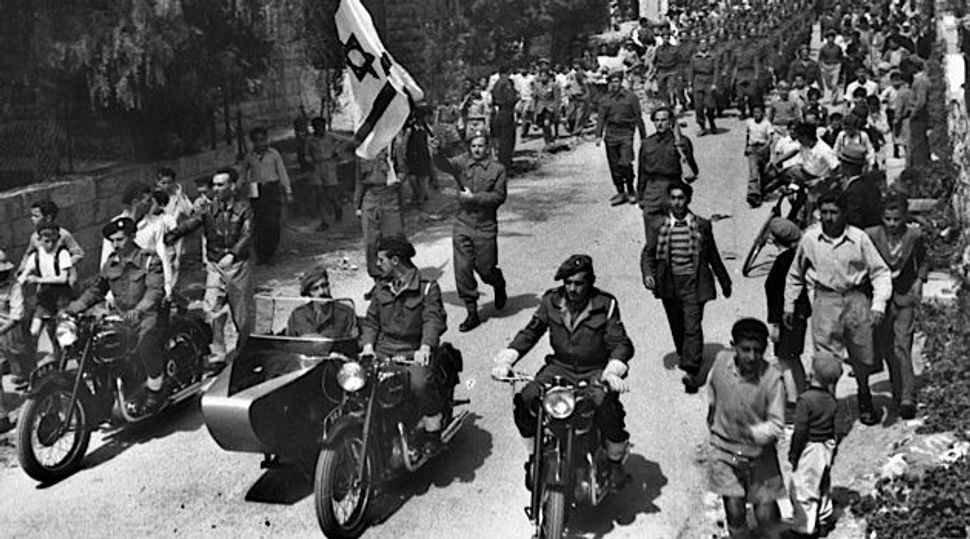 The High Commissioner of Palestine viewed the behavior of Jewish fighters as comparable to that of the Nazis, newly published records show.

On April 30, 1948, Alan Cunningham wrote to his superiors that as the Jews celebrated military successes their “broadcasts, both in content and in manner of delivery, are remarkably like those of Nazi Germany.”

In another report, he said that the Jews were prepared for statehood and an “all-out offensive” with “all the equipment of a totalitarian regime.”

The reports were made public this week, as Colonial administration records were released by the National Archives in London, The Jewish Chronicle of London reported Friday. A week before the British departure from Mandate Palestine, the High Commissioner mistakenly believed that “all the ingredients of a successful truce were present,” the documents also revealed.

Alan wrote on April 30 that the Arabs’ “much vaunted liberation army” was “poorly equipped and badly led.” He continued: “In almost every engagement the Jews have proved their superiority in organisation, training and tactics.”