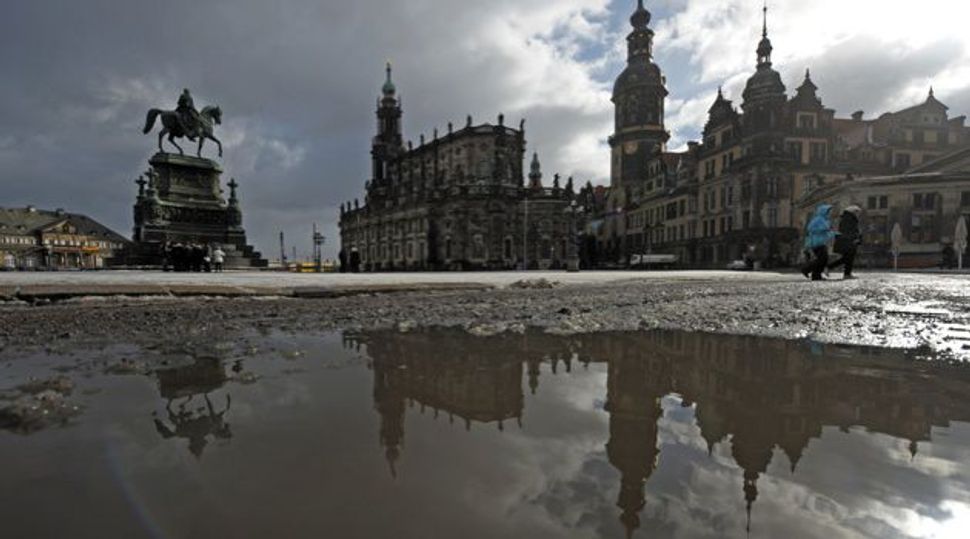 The Jewish community of Dresden is installing its first hometown rabbi since 1938.

Previously, Dresden was served by Rabbi Salomon Almekias-Siegl, who rotated between three communities before retiring in 2011.

Nachama, who also is a cantor, was ordained earlier this month in Erfurt after completing his rabbinical studies at the Abraham Geiger College in Potsdam. He is pursuing a master’s degree in Jewish studies, history and culture at the University of Potsdam.

Alexander Nachama, who began serving the Dresden Jewish community in 2012, told the DPA press agency that he hopes to inspire members to become more involved.

Dresden’s prewar Jewish community numbered more than 5,000; there were only 41 Jews there in the immediate postwar years. With the influx of Russian-speaking Jews since 1990, the Jewish community in Dresden has grown to 720 from 61 in 1990.