Lag B’Omer Bonfires Burn Out of Control Across Israel 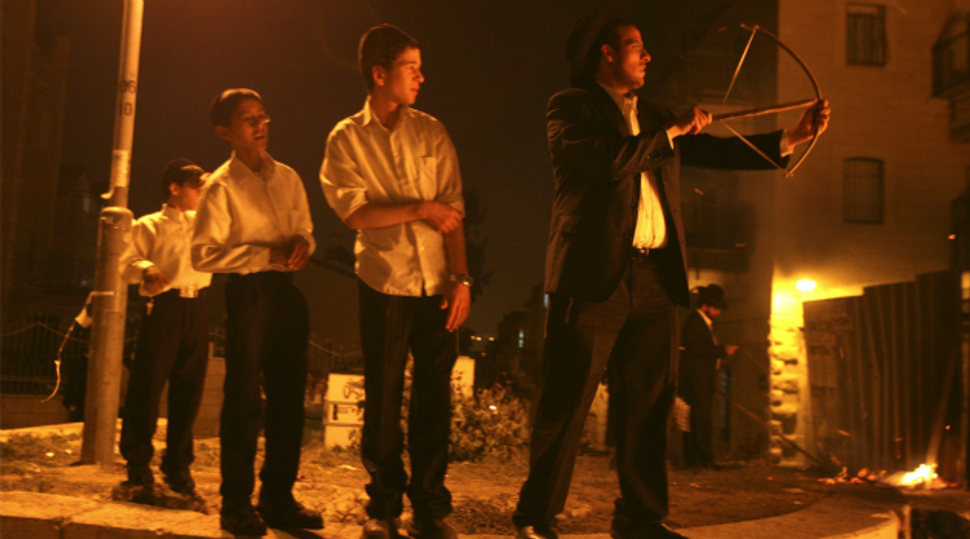 Eleven people were injured at Maasiyahu Prison in central Israel, where former Israeli president Moshe Katsav is incarcerated, after a fire broke out in its wood factory. Officials had been planning to evacuate the prison before getting the blaze under control.

A large fire broke out at moshav Kfar Uria near Beit Shemesh, causing the evacuation of 200 people from their homes and damaging about 500 acres of forest. Several serious fires also burned out of control in the Jerusalem area after Lag b’Omer bonfires were not properly extinguished.

Fires also burned out of control in Netanya and Rosh Haayin in central Israel.

Due to overcrowded conditions, buses had difficulty reaching the site to take celebrants, waiting in hot, dry conditions with limited water supply, home, according to reports. Hundreds of cases of fainting, severe dehydration, and heat exhaustion were reported, according to the Jerusalem Post.

Some 200,000 people reportedly visited Meron on Saturday night and Sunday by mid-day.

Fires in honor of Lag b’Omer also were scheduled to be lit on Sunday night, in keeping with a ruling by the chief rabbinate to refrain from bonfires on Saturday night out of fear they would be started before the official end of the Sabbath and instead to hold Lag b’Omer celebrations on Saturday night.

Lag B’Omer Bonfires Burn Out of Control Across Israel