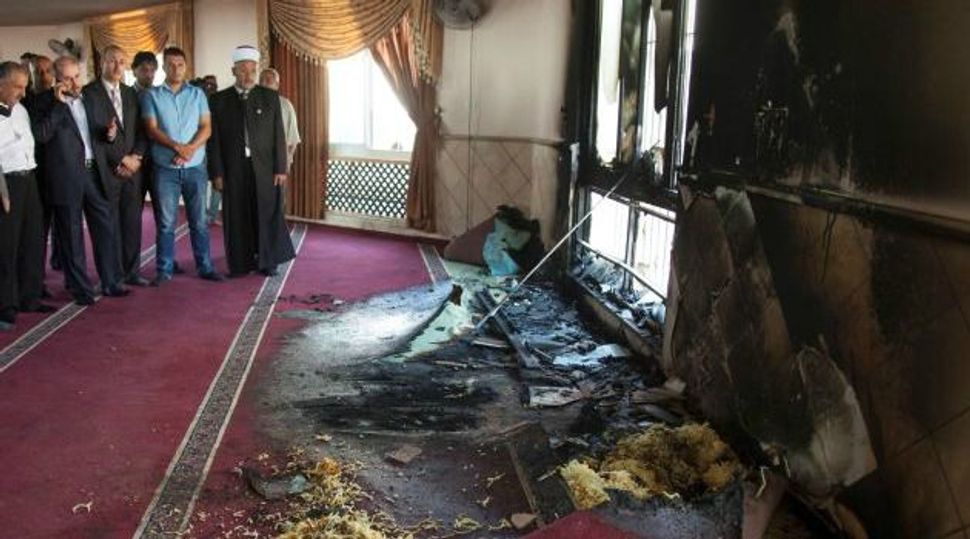 Some Price: Palestinians inspect damage to mosque after attack carried out by extremist Jewish settlers in the occupied West Bank. Image by haaretz

Justice Minister Tzipi Livni has met twice in recent weeks with prominent settler leaders to discuss “price-tag” attacks carried out by extremist settlers against Palestinians and their property in the West Bank, along with other targets such as Israel Defense Forces bases and churches.

At the meetings, Livni emphasized her intention to take stern measures against such attacks and their perpetrators, and asked for the settler leaders’ support, according to a Justice Ministry source.

Among the settler leaders that Livni met with were Dani Dayan, a former chairman of the Yesha Council of settlements (the settlers’ representative body), Ze’ev (Zambish) Hever, secretary-general of the Amana movement, which develops and helps maintain settlement communities, and Avi Roeh, current Yesha Council chairman. Hever himself was attacked by so-called price-tag activists.

According to the Justice Ministry source, Livni and Prime Minister Benjamin Netanyahu coordinated their positions.

“Price-tag actions harm Israeli society as a whole,” Livni said at the meeting. They “go against Israel’s democratic values and represent benighted racism,” she said.