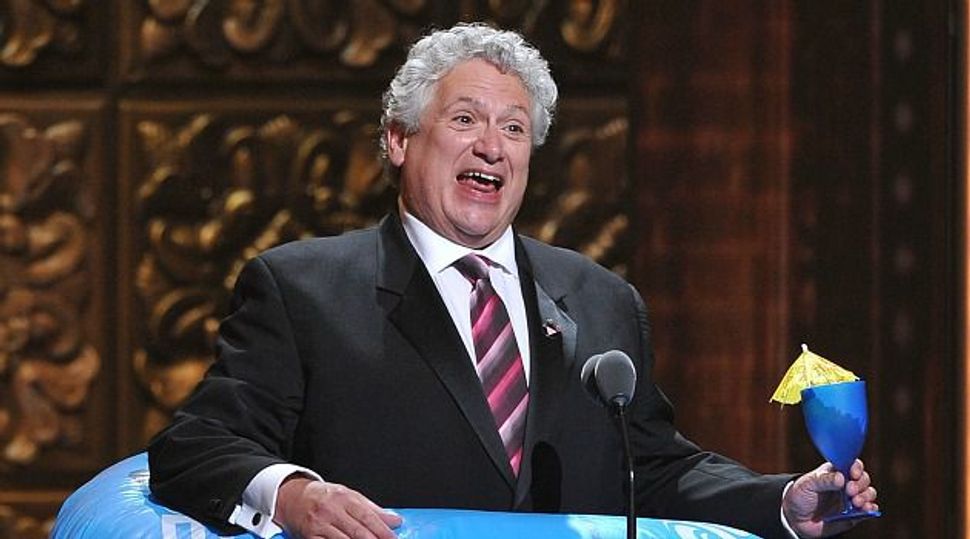 The musical “Kinky Boots,” with the score by pop star Cyndi Lauper, on Tuesday earned 13 nominations for the Tony Awards, leading the field for Broadway’s highest honor and closely followed by British import “Matilda,” which received 12.

Hollywood star Tom Hanks was nominated for best actor in his Broadway debut in the Nora Ephron play “Lucky Guy,” which received six nominations, including a best play nomination for Ephron, the writer and film director who died in June.

Also nominated for best play were “The Assembled Parties,” “The Testament of Mary” and “Vanya and Sonia and Masha and Spike.”

Taylor earned a nomination for her portrayal of former Texas governor Ann Richards in “Ann” but Bette Midler was left out for her star turn as agent Sue Mengers in “I’ll Eat You Last.”

Another glaring omission was one of the season’s biggest box office hits, “Motown the Musical,” about the record label founded by Berry Gordy, in the best musical category. The show received only four nominations, including one for actress Valisia LeKae who plays Diana Ross.

Other top-nominated shows included the first Broadway revival of the 1970s hit “Pippin,” which took 10 nominations, and Rodgers and Hammerstein’s “Cinderella,” which received nine nods. Both were cited for best revival of a musical, along with “Annie” and “The Mystery of Edwin Drood.”

The other best revival of a play nominees included “Orphans,” “The Trip to Bountiful” and “Who’s Afraid of Virginia Woolf?” which won nominations for lead actors Tracy Letts and Amy Morton.

The strong showing by “Kinky Boots,” an adaptation of a little-seen British movie about a struggling shoe factory that reinvents itself by making boots for drag queens, was a surprise to many who expected the Royal Shakespeare Company’s production of Roald Dahl’s “Matilda,” an Olivier-Award winner in London, to dominate.

The nominations were announced by Sutton Foster and Jesse Tyler Ferguson. The awards will be presented on June 9 at Radio City Music Hall.