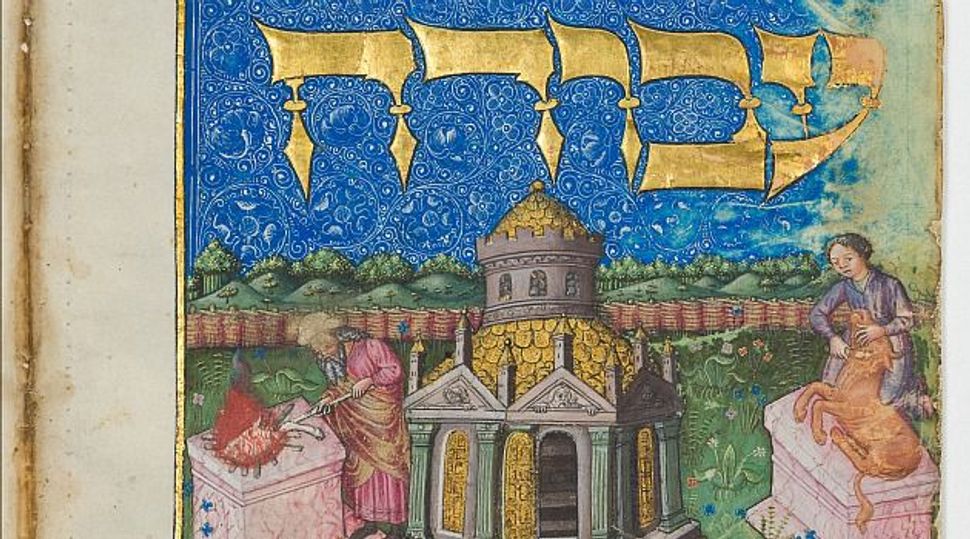 An auction of the 500-piece Judaica collection owned by philanthropist Michael Steinhardt was the “most valuable auction of Judaica ever held,” Sotheby’s said.

Monday’s auction of nearly all of the Michael and Judy Steinhardt Judaica Collection brought in more than $8.5 million, Sotheby’s said in a statement, exceeding the pre-sale estimate by $6 million.

Some 92.6 percent of the 381 lots were sold, the New York auction house said.

In the morning, prior to the auction, Sotheby’s announced that the Israel Museum in Jerusalem and the Metropolitan Museum of Art in New York jointly bought a medieval religious text by Rabbi Moshe Maimonides. The auction house did not divulge the exact purchase price, but said it exceeded the $2.9 million sale in 1989 for an ancient Torah scroll.

The copy of the Mishneh Torah was completed in northern Italy in 1457 and is said to be one of the finest illustrated medieval Jewish texts in existence.

The Metropolitan Museum of Art also purchased a large Italian silver Torah crown from the 18th century and a pair of silver Torah finials made in Georgia in the 19th century.

Among the institutions that purchased lots in the auction were The Jewish Museum in New York, The North Carolina Museum of Art and the Columbus Museum of Art in Ohio.