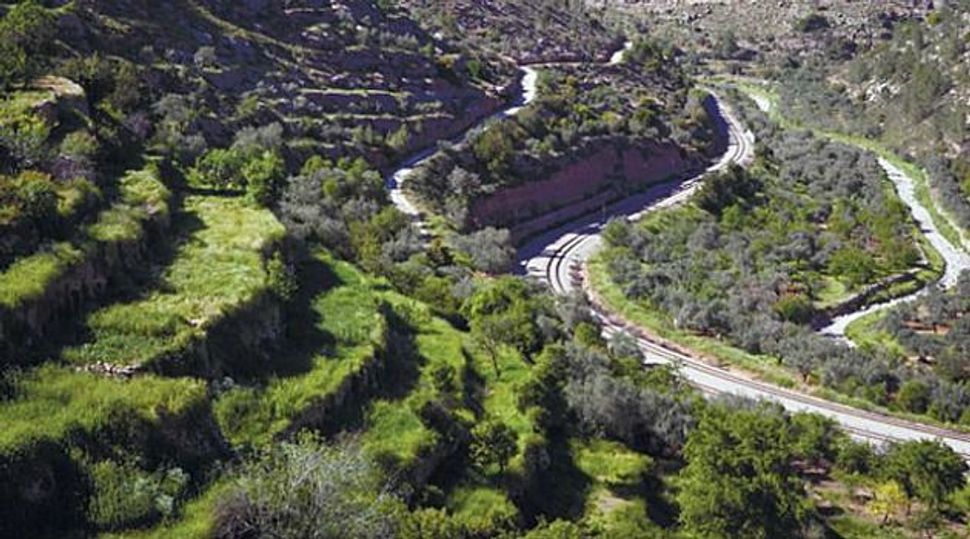 The Israel Nature and Parks Authority on Wednesday proposed to the High Court of Justice that the Defense Ministry erect a simple chain-link fence backed by security systems instead of the concrete wall the ministry wants to build near the West Bank village of Batir, south of Jerusalem.

The ministry is planning the 500-meter segment of the separation barrier to protect the train line to Jerusalem, which passes close to a school and several houses in the village.

At issue is a petition that was filed against the wall by residents of Batir and Friends of the Earth Middle East, a regional environmental organization. They are arguing that a barrier would irreparably damage the agricultural terraces in the region, which may be declared a World Heritage Site by the United Nations Educational, Scientific and Cultural Organization when that body meets next month.

At a hearing in February, the Defense Ministry proposed to the court that it erect a heavy chain-link fence instead of the wall. The Nature and Parks Authority, which joined the petition, presented the court with an alternative of its own – to build a relatively simple chain-link fence that would be reinforced with high-tech security warning systems on one side and hedges of sabra cactus plants on the other. The proposal also rejects the paving of a patrol road along the fence.

This, the authority said, would minimize damage to an area whose agricultural terraces served farmers for thousands of years and continue to be cultivated to this day.