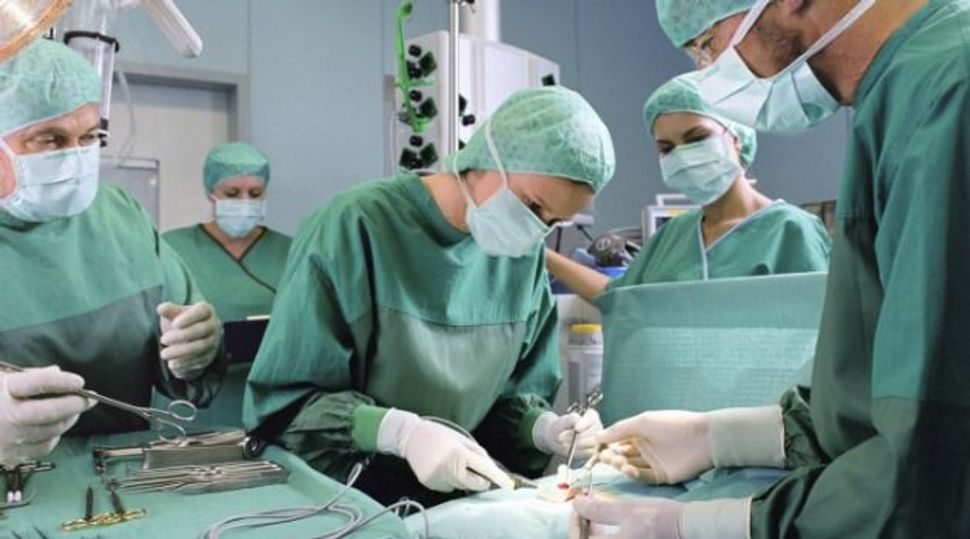 A conjoined twin in Israel who was separated in a rare operation is in serious condition.

The Rambam Medical Center in Haifa said the twins were separated last week in a four-hour operation. It was believed to be the first time the separation surgery had ever been attempted in Israel.

One twin, born stillborn, had not fully developed and had no chance of life as he was fused into his brother’s body.

The survivor, who is fighting for his life, had another pelvis, legs, arms, kidney and digestive system. He also has a heart defect, which is common to conjoined twins.

“This kind of surgery is incredibly complicated, with low survival rates,” said Dr. Ran Steinberg, the head of pediatric surgery at Rambam. “In many cases, as here, the twin also suffers from accompanying heart defects, which further endangers the infant’s life.”

Only 150 cases of similarly conjoined twins have been documented in the last 126 years.