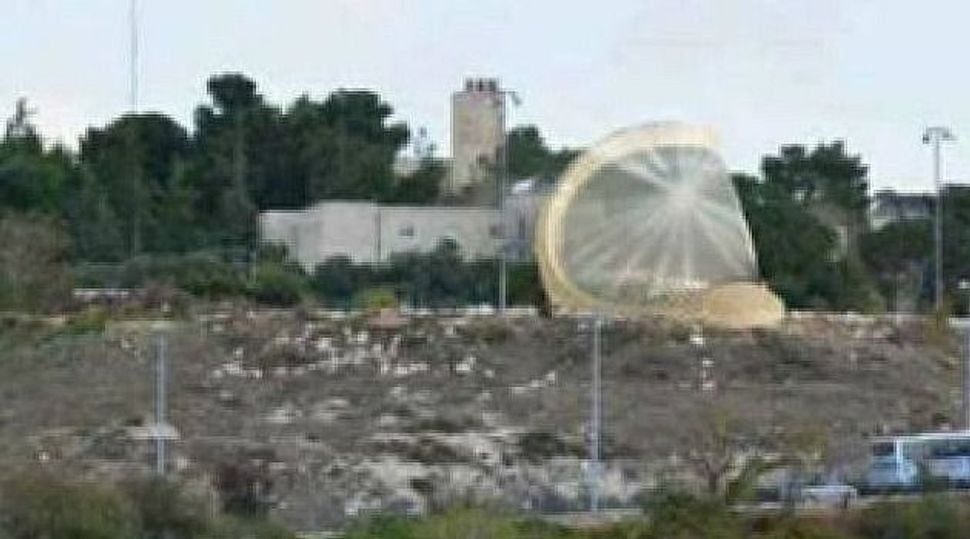 A huge 25-story building shaped like a helmet and sheathed in a material that looks like gold is expected to be built on Mount Scopus, one of the highest points in Jerusalem, in a plan for founding a center dedicated to the heritage of Jewish physicist Albert Einstein.

The building plans were submitted recently by the Jerusalem Development Authority to the regional building and planning committee.

The Einstein Heritage Center, which according to the plan would be visible from nearly everywhere in the city, is slated to be built following a government decision taken about two years ago as part of the framework for strengthening Israel’s national heritage.

“The idea to establish a center that will make the treasures in the Einstein Archive at the Hebrew University accessible to the general public has been batted about for quite a while,” former Hebrew University President Hanoch Gutfreund said last year at the dedication of the project.