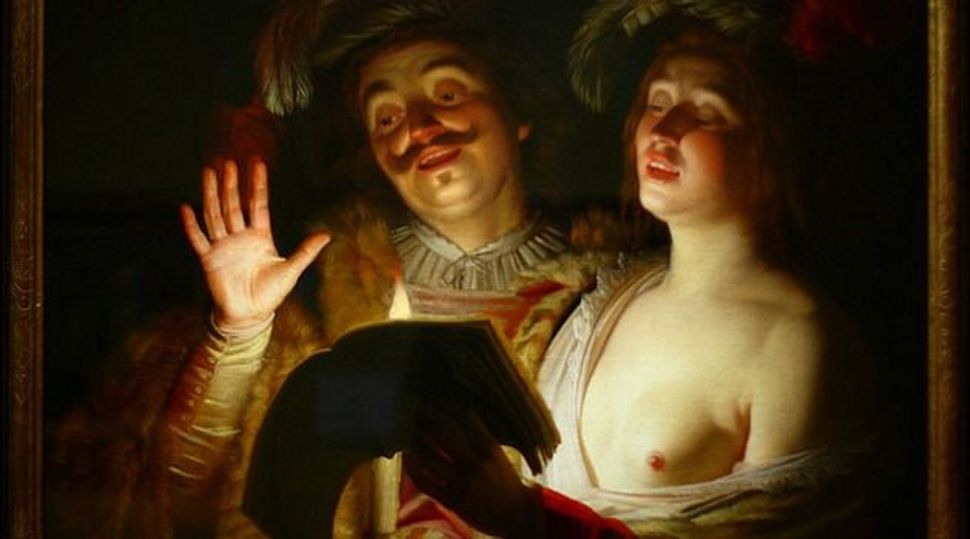 A 17th century Dutch masterpiece that once graced the collections of Catherine the Great’s art adviser and Russia’s Hermitage Museum before being seized by the Nazis could fetch more than $2 million at auction, Christie’s said on Friday.

Gerrit van Honthorst’s “The Duet” was confiscated by the Nazis from Jewish art collector Bruno Spiro and sold in 1969 to the Montreal Museum of Fine Arts, which returned it to Spiro’s heirs last month. It will be sold on June 5 at Christie’s Old Master paintings sale.

Executed in 1624 at the height of Honthorst’s career, the painting is among the finest examples of the kind of nocturnal revelry for which the Dutch artist is celebrated, according to Christie’s.

The work depicts a theatrically clad man and woman standing together over an open book, singing by candlelight. The woman’s exposed breast and revealing garb, as well as the Utrecht setting, suggest that she is a courtesan and the man her client, Christie’s said.

“This is a painting which has everything,” said Nicholas Hall, Christie’s co-chairman of Old Masters and 19th century art.

“It is a beautiful composition. It is by a major artist at the peak of his career. It is in pristine condition and coming from the collections of Count Alexander Stroganov and then the Hermitage it has a superb provenance,” said Hall.

“The Duet” belonged to the collection of Count Alexander Stroganov of St. Petersburg during the 19th century. He was Catherine the Great’s art adviser.

The picture passed by descent through the family and was eventually housed at the Hermitage before being nationalized following the Russian Revolution. The Soviet regime sold the work in 1931 at auction in Lepke, Berlin, and Spiro bought it shortly after.