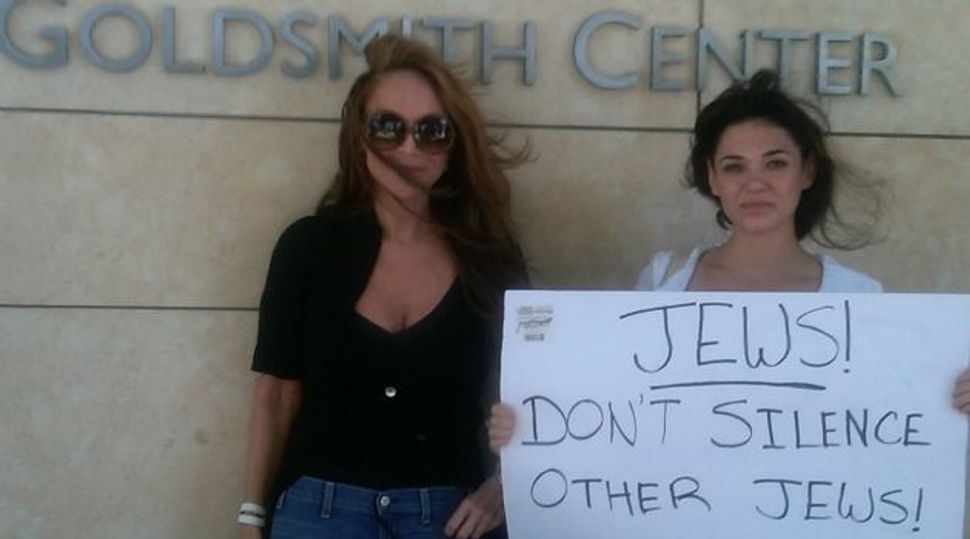 Geller, a vocal critic of radical Islam, was due to speak May 13 at a Chabad synagogue in Thornhill, north of Toronto, but the synagogue’s rabbi, Mendel Kaplan, backed out after a visit by the hate crimes unit of local police.

“Rabbi Kaplan decided to cancel Ms. Geller’s appearance, as it would place him in conflict with the values of our organization, which support a safe, welcoming and inclusive community for all,” read a statement issued May 2 by the York Regional Police. Kaplan also serves as a police chaplain.

Geller is known for protesting past plans to build a mosque near Ground Zero in New York City, and has posted anti-Jihad signs in that city’s subway system. Geller’s speaking engagement, still slated for May 13, was moved to a different venue, according to the Jewish Defense League of Canada.

The Toronto Sun reported May 1 that police “threatened” to remove Rabbi Kaplan as a police chaplain if he hosted Geller. Police called that allegation “a flagrant misrepresentation of the facts.”

A York Regional Police spokesman told the Sun that if Rabbi Kaplan hosted Geller “then we’d have to reassess our relationship with [him].”

A receptionist answering the phone at Rabbi Kaplan’s synagogue, Chabad @ Flamingo, said the rabbi is “not available” for comment.

A Geller speech scheduled for early April at the Great Neck Synagogue in Long Island, N.Y. also was canceled.