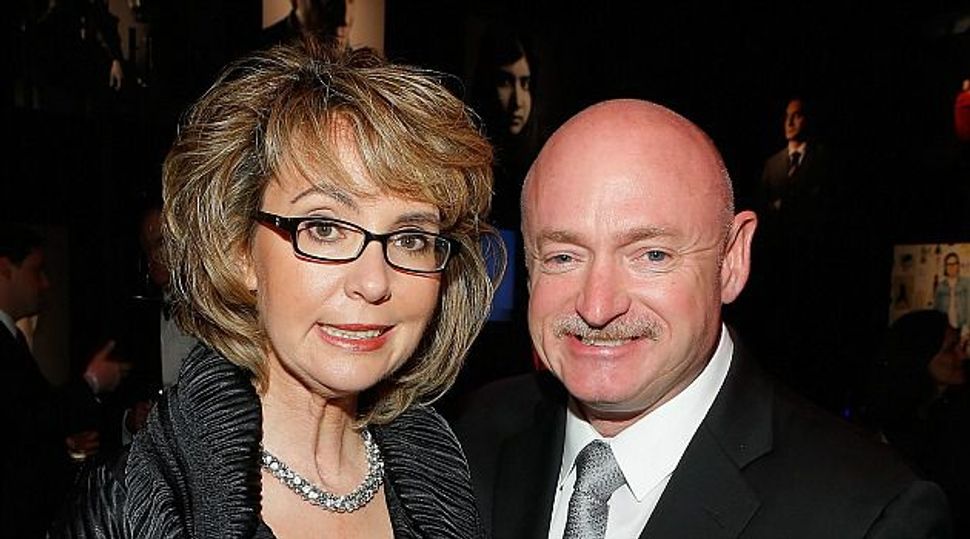 “We all have courage inside,” Giffords, who herself survived being shot in 2011, said at the Kennedy Library in Boston. “I wish there was more courage in Congress. Sometimes it’s hard to express it.”

The remarks come just a few weeks after the U.S. Senate voted down a measure to expand background checks for gun buyers, a step favored by U.S. President Barack Obama and most Americans.

An online Reuters/Ipsos poll released in January showed that 86 percent of those surveyed favored expanded background checks of all gun buyers.

Giffords, a Democrat, was shot in the head when a gunman opened fire on a congressional outreach event in Tucson in January 2011, killing six people and wounding a dozen others. She resigned from Congress a year after the shooting to focus on her recovery.

Following the attack in Newtown, Connecticut, that killed 26 people at an elementary school in December, Giffords and her husband, former astronaut Mark Kelly, founded a lobby group aimed at curbing gun violence and challenging the political clout of the well-funded gun lobby.

Before the awards ceremony on Sunday, Giffords and Kelly visited victims of the April 15 Boston Marathon bombing who are recovering at the Spaulding Rehabilitation Hospital.