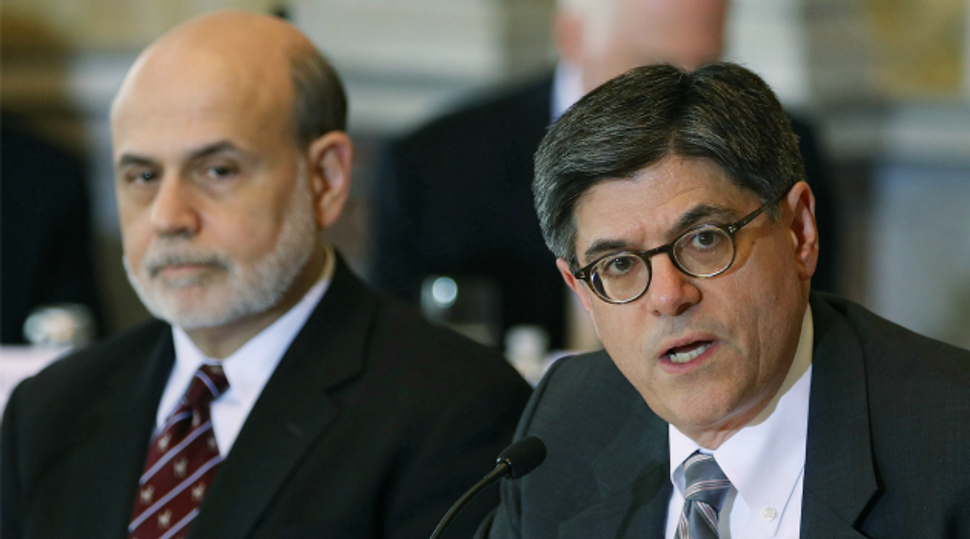 Dysfunction in Washington is one of the biggest drags on the U.S. economy, undermining confidence and crimping growth, Treasury Secretary Jack Lew said on Tuesday.

“One of the most significant speed bumps for growth is coming straight from Washington, where some political leaders continue to generate one manufactured crisis after the next,” Lew said in remarks prepared for delivery at the City Club of Cleveland.

He zeroed in on the local impact from $85 billion in across-the-board federal government spending cuts, known as the sequester, that went into effect at the beginning of March because Congress could not agree on an alternative.

He said the cuts meant 2,500 fewer Ohio children were enrolled in early childhood education programs known as Head Start, and less college aid for about 3,300 students in Ohio. The cuts also forced the cancellation of the Cleveland Air Show, as the aerospace and defense industries were forced to adjust.

“So it is high time we replace the sequester before it causes even more pain,” Lew said.

The spending reductions were designed in 2011 to be so onerous that it would force the White House and Republicans in Congress to find a less drastic way to trim U.S. budget deficits. Policymakers failed to reach such an agreement and now must deal with the fallout, with cuts that total $1.2 trillion over 10 years unless they are replaced.

The U.S. economy grew at a moderate 2.5 percent rate in the first quarter, but appeared to brake sharply as the period drew to a close. Economists blamed higher payroll taxes that went into effect at the beginning of the year, and warned that the impact of the sequester had yet to be fully felt.