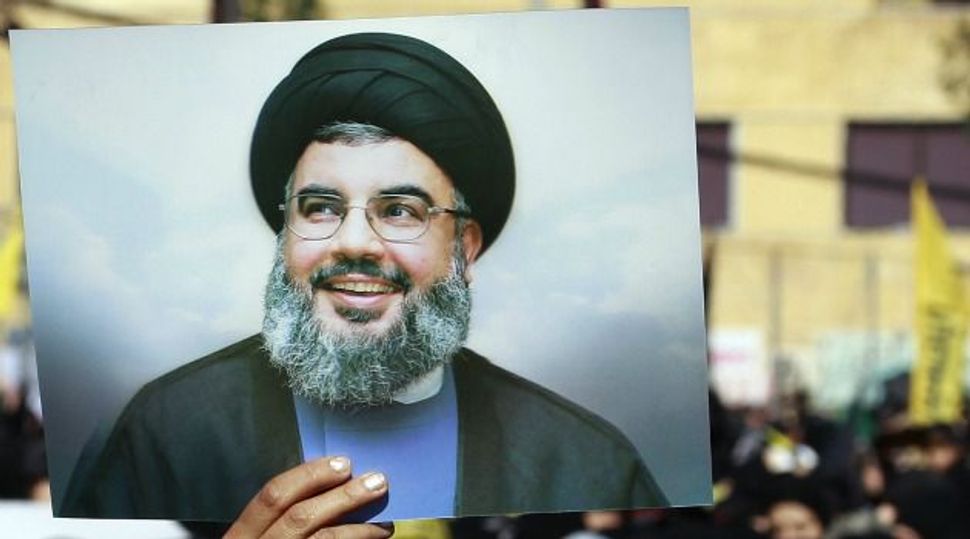 Hezbollah leader Hassan Nasrallah said Syria would respond to Israeli raids around Damascus by giving his group sophisticated new weapons, the outcome Israel said its attack was launched to avert.

“If the aim of your attack was to prevent the strengthening of the resistance’s capabilities, then Syria will give the resistance sophisticated weapons the like of which it hasn’t seen before,” he said in a televised speech on Thursday.

“The resistance is prepared to accept any sophisticated weaponry even if it was to break the equilibrium (in the region),” Nasrallah said.

“We are worthy of having such weapons and we would use them to defend our people and our country and our holy sites.”

Israel launched a series of raids near the Syrian capital last Friday and followed up with air strikes early on Sunday morning that shook the city and lit up the horizon.

Western and Israeli sources said its aim was to take out “game-changing” Iranian missiles destined for Lebanon’s Shi’ite group Hezbollah, which fought a war with Israel in 2006 and is a staunch ally of Syrian President Bashar al-Assad in his struggle against a two-year revolt.

Syria is a pivotal ally of the regional Shi’ite power Iran and believed to serve as its conduit to Hezbollah. Israel fears the group could act as a proxy for Iran along Lebanon’s southern border with Israel.

Concerns are growing that the war in Syria is seeping across borders that mark faultlines of Middle Eastern conflicts.

Lebanon and Syria have technically been in a state of war with Israel since the establishment of the Jewish state in 1948, though Syria has kept its frontier with Israel quiet for decades.

“We announce that we stand with the Syrian popular resistance and offer material and spiritual support as well as coordination in order to liberate the Syrian Golan,” Nasrallah said.

In the days following Israeli strikes last Friday and Sunday, Syrian state media quoted unnamed sources saying that Damascus had given the green light for operations against Israel from the Golan, although so far there have been no clear signs of increased militarization.

The Golan in recent months has become a battleground between Assad’s forces and the rebels fighting to topple him.

The Syrian civil war has killed more than 70,000 people and become increasingly sectarian.

Majority Sunni Muslims lead the revolt, while Assad has received the bulk of his support from minorities, particularly his own Alawite sect, a Shi’ite offshoot.