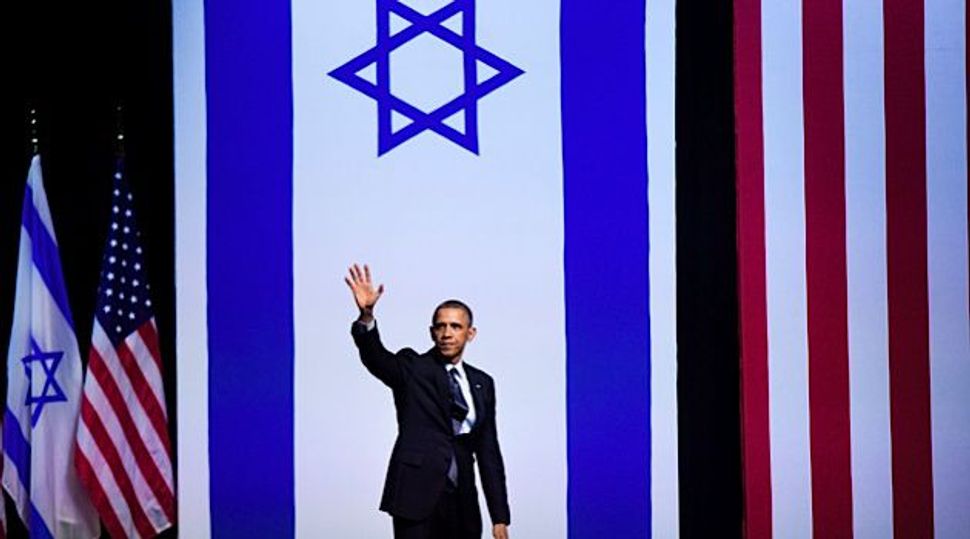 Israelis by a 4-to-1 margin are more confident than Palestinians in how President Obama handles his foreign policy, a poll found.

The Pew Research Center poll released Thursday found that 61 percent of Israelis “express confidence in the American president to do the right thing regarding world affairs,” as opposed to 15 percent of Palestinians.

Obama’s numbers numbers among Israelis are a 12 point increase over when the same question was asked in 2011.

Notably, the poll follows Obama’s visit in March, in which he emphasized Israel’s security needs and the Jewish connection to the region while pressing for a revival of the peace process.

Pluralities in both polities want greater engagement from the president in the peace proces.

Asked to assess whether Obama should increase or decrease his role in peacemaking, or keep it at current levels, 49 percent of Israeli respondents wanted to see greater involvement, 29 percent the same level and 15 percent less involvement.

The survey of 922 Israelis was carried out in face-to-face interviews from March 29 to April 12 and had a margin of error of 4.6 percentage points.

The face-to-face polling of 810 Palestinians took place from March 29 to April 7 and had a margin of error of 4.4 points.