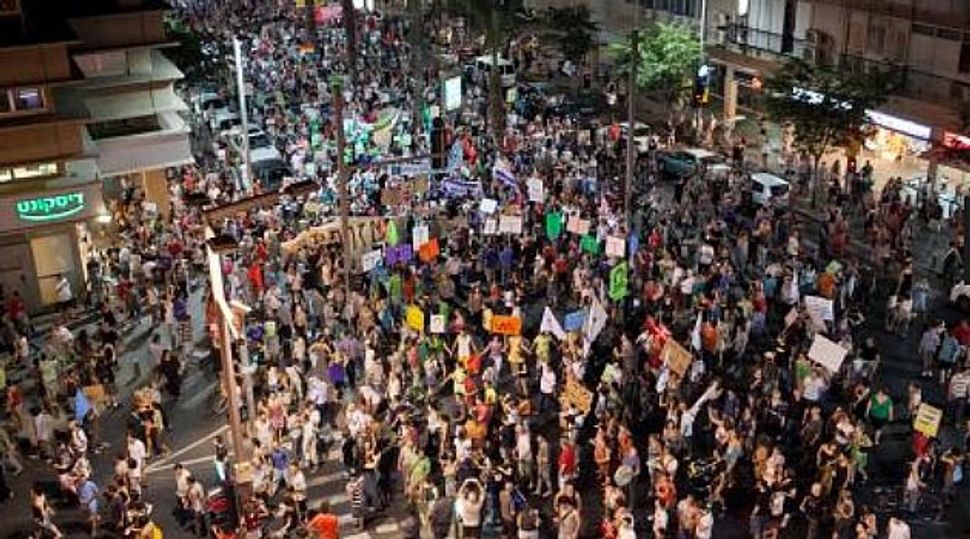 2011 Redux: Throngs of Israelis took to the streets to protest government austerity measures. Image by haaretz

Thousands of Israelis took to the streets on Saturday to protest against austerity measures presented this week as part of the state’s new budget.

Rallies were expected to take place in cities across the country, bringing back the social protest that took Israel by storm two years ago.

Some 10,000 people were estimated to be marching in Tel Aviv. The protesters were marching from Habima Square, via Ibn Gabirol, King George and Allenby streets and onto Rothschild Boulevard. It appeared that unlike the previous rallies of this sort, no speeches or performances were scheduled to take place.

Among the activists were many of the leaders of the 2011 social protest, as well as Knesset members and members of left-wing organizations. The signs wielded by the marchers cast blame on Prime Minister Benjamin Netanyahu and Finance Minister Yair Lapid.

MK Itzik Shmuli, who in 2011 was among the leaders of the protest movement, marched on Saturday alongside the Labor Party’s Young Guard.

“Lapid’s financial plan will severely hurt the working man and will trample the weak sectors,” he said.