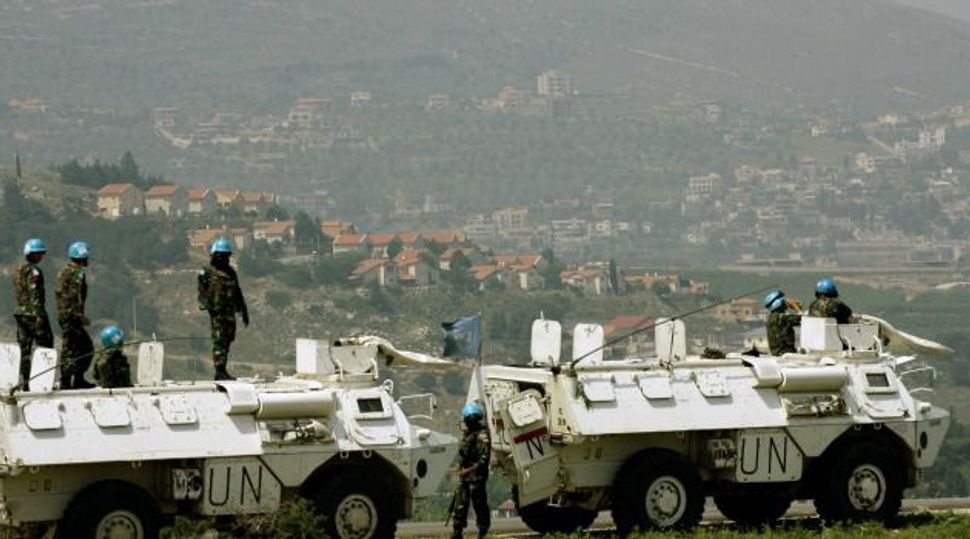 Prime Minister Benjamin Netanyahu held out the prospect on Sunday of further Israeli strikes inside Syria, pledging to act to prevent advanced weapons from reaching Hezbollah and other militant groups.

Although Israel has not publicly taken sides in the civil war between Syrian President Bashar al-Assad and rebels trying to topple him, Western and Israeli sources say it has launched air strikes in Syria to destroy weapons it believed were destined for Lebanon’s Hezbollah.

In public remarks at the weekly meeting of his cabinet, Netanyahu made no direct mention of those attacks, but made clear Israel was prepared to take action in the future and said it was “preparing for every scenario” in the Syrian conflict.

Israel had set a policy “to prevent, as much as possible, the leakage of advanced weapons to Hezbollah and terror elements”, he said.

“We will act to ensure the security interest of Israel’s citizens in the future as well,” Netanyahu added, describing his government’s actions as “responsible, determined and level-headed”.

Israel has neither confirmed nor denied reports it attacked Iranian-supplied missiles stored near Damascus this month that it believed were awaiting delivery to Hezbollah, which fought a war with Israel in 2006 and is allied with Assad.

A Russian shipment of Yakhont anti-ship missiles to Syria was condemned by the United States on Friday, and Israel is also alarmed by the prospect of Moscow supplying S-300 advanced air defence missile systems to Damascus.

Netanyahu held talks in Russia on Tuesday with President Vladimir Putin on the Syrian crisis but gave no public indication whether Israel’s concerns over the Russian weaponry had been eased.

Amos Gilad, a senior Israeli Defence Ministry official, said on Saturday the S-300 and the Yakhont, weapons that could complicate any plans for foreign military intervention in Syria, would likely end up with Hezbollah and threaten both Israel and U.S. forces in the Gulf.

“Yakhont is a cruise missile that can hit targets at sea and strategic targets. (It is) a supersonic missile, (with) a range of 300 km, very sophisticated,” Gilad said on Israel’s Channel Two television on Saturday.

“The Russians sent it to Syria, beside the strategic defence system called the S-300. There are a number of versions, and they are sending them one of the good versions,” he said.

General Martin Dempsey, chairman of the U.S. Joint Chiefs of Staff, said on Friday Russia’s delivery of anti-ship missiles to Assad was “ill-timed and very unfortunate” and risked prolonging a war that has already killed more than 80,000 Syrians.

A spokesman for Putin, while not responding directly to assertions Russia had sent the anti-ship missiles, said Moscow would honour contracts to supply Syria, a long-time weapons customer.