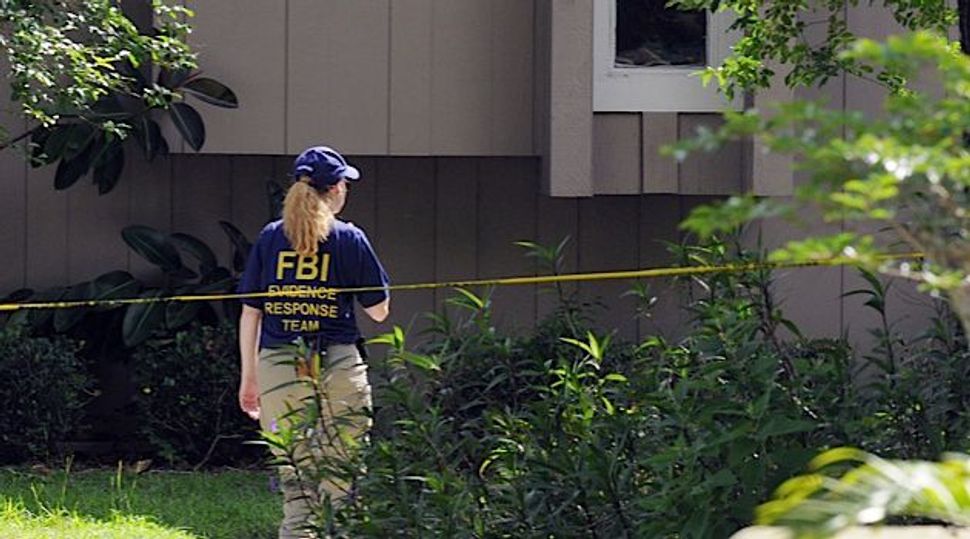 Questions for the F.B.I.: Law enforcement officials are backtracking on their reasons for killing a suspect in a Jewish triple murder. Image by Getty Images

Law enforcement officials are now unsure of what spurred the killing of Ibragim Todashev, or if he was ready to confess to his role with deceased Boston bombing suspect Tamerlan Tsarnaev in a 2011 triple murder.

On May 22, Todashev, the mixed-martial-arts fighter, was shot to death while being interviewed by an F.B.I. agent and other law enforcement officials.

According to The Atlantic, two of three officials who spoke anonymously to the Associated Press on Wednesday, are no longer standing by their original statements that Todashev lunged with a knife at an FBI agent who had come to question him in his Orlando-area home about his associaition with Tsarnaev.

Questions have also risen over reports that Todashev was going to sign a confession stating that he aided Tsarnaev murder two Boston-area Jewish men, Erik Weissman and Rafael Teken, and one of Tsarnaev’s close friends, Brendan Mess. Friends of Todashev told the Orlando Sentinel that he was told by the F.B.I., who had been in contact with Todashev two days after the Boston bombings, that he was going to be cleared this week.

Todashev’s estranged wife, Reniya Manukyan told the Wall Street Journal that in previous F.B.I. interviews, Todashev never discussed the 2011 murder. “Everything was about the bombing and about him knowing Tamerlan,” said Mankyan, who was also interviewed by the F.B.I. “They would show me a picture of Tamerlan or Tamerlan’s wife or some other guys that I haven’t a clue who they are, but nothing about a murder—nothing ever.”

An FBI team from Washington, D.C., arrived on Thursday to begin a formal investigation into Todashev’s death.