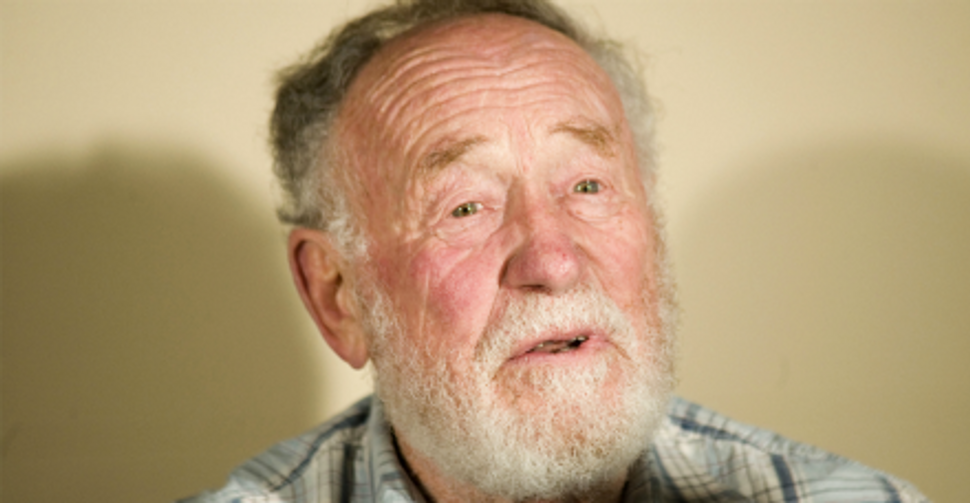 Cyril Karabus stepped into the arrivals hall at Cape Town International Airport to a rapturous welcome. A multiracial crowd numbering in the hundreds had turned out to greet him. A minstrel troupe was singing “Hevenu Shalom Aleichem.” And a rabbi stepped forward to recite the priestly blessing.

The arrival two weeks ago capped a nine-month saga in which Karabus, 78, was jailed in the United Arab Emirates on charges of manslaughter and fraud.

Unbeknownst to the retired pediatric oncologist, he had been convicted in absentia in connection with the death of a 3-year-old leukemia patient he had treated in 2002 during a six-week stint at Sheikh Khalifa Medical Center in Abu Dhabi.

While in transit in Dubai during his return from his son’s wedding in Toronto, he was shackled and detained by police in front of his wife, daughter, son-in-law and two small grandchildren.

I was “totally bloody shocked,” Karabus said of his arrest in Dubai in August.

Thus began the ordeal during which he was incarcerated in three jails for 57 nights and forbidden to leave the UAE.

Checking in for his flight in Toronto, Karabus had an inkling something was amiss: He was informed by the staff of Emirates Airlines that there was a security alert under his name. But following further investigation, he was told there was no problem and he could board.

“They were complicit in having me arrested, so they’re not a bloody airline, they’re a police force,” Karabus said. Representatives of Emirate Airlines did not respond to JTA requests for comment.

Following his arrest, the family called their South African lawyer, Michael Bagraim, at his home for advice. It was 3 a.m.

“I didn’t know what was going on,” Bagraim recalled. “I imagined it was some sort of traffic offense. I said, ‘Don’t worry, I’ll sort it out and we’ll get him back here in a few days.’ [I] told the others to get on to an airplane and come back. I slightly underestimated the situation.”

For the bulk of his incarceration, Karabus was held at the Al Wathba prison, sharing a medical ward for a time with two brothers accused of murder. Karabus, who suffers from a heart condition, passed the time playing chess with one of the accused, a 26-year-old Cambridge University student who Karabus describes as “a nice guy.”

Without a chess set in the ward, the student fashioned one from a checkers board, drawing the pieces on paper and attaching them to the checkers.

“It wasn’t the greatest chess set but I played with him,” Karabus said.

A diary entry from the time reads: “Hot as hell, waiting out in the sun with shackles on wrists and ankles. Sitting in a 15 square-metre waiting room with 40 other prisoners. No word yet.”

Meanwhile, back in South Africa, Bagraim was campaigning for the doctor’s release and keeping the story alive in the media. For the past six months, Bagraim said, he has done “absolutely nothing else.”

Karabus was finally acquitted of all charges in March, but the saga didn’t end there. Several administrative bungles and delays kept him in the country for another two months.

His Jewishness was not a factor in his treatment by authorities in the UAE, Karabus said, but maintaining his religious obligations in a Muslim country was not always easy. At Passover, he stopped eating bread for a week.

He watched a seder and his grandson’s brit over Skype. In jail over Yom Kippur, he eschewed food and drink for the duration of the holiday.

“That was the easiest fast I ever did,” he said.

His retrial wasn’t nearly as easy. Karabus endured more than a dozen court postponements while authorities searched for a medical report that would have exonerated him. And though he never feared for his safety — UAE authorities even provided him with medication for his heart condition — at points he feared his ordeal would never end.

“It just went on,” Karabus said. “You just schlepped along to court and stood there and nothing happened, or you weren’t told what happened. You had to read in the newspaper the next day what had transpired, but they only translated very small amounts of the court discussion. You really had no idea what was happening.”

Karabus adds that the judge, a Moroccan, “never said a word to me.”

Support poured in from around the world. Letters arrived from doctors, many of whom had no personal connection to Karabus but were moved by his plight.

“At one time I got about 100 emails from members of the American College of Medical Science and also from the Bangladesh Community of Science,” Karabus said. “I tried to answer most of them.”

While out on $24,000 bail, Karabus stayed with a fellow South African doctor, Elwin Buchel, in Abu Dhabi. Fearful that his communications were being monitored, Karabus refrained from speaking out. Instead, he read and went for walks.

“I discovered where the nearest bottle store was, which nobody seemed to know about,” Karabus said. “You’ve got to find it because it’s not advertised, obviously.”

Karabus said he may someday write a book about his experience. But for the moment, he’s content to enjoy just being at home.

“I’m trying to find my feet again,” Karabus said. “I don’t even remember where things are in the house.”