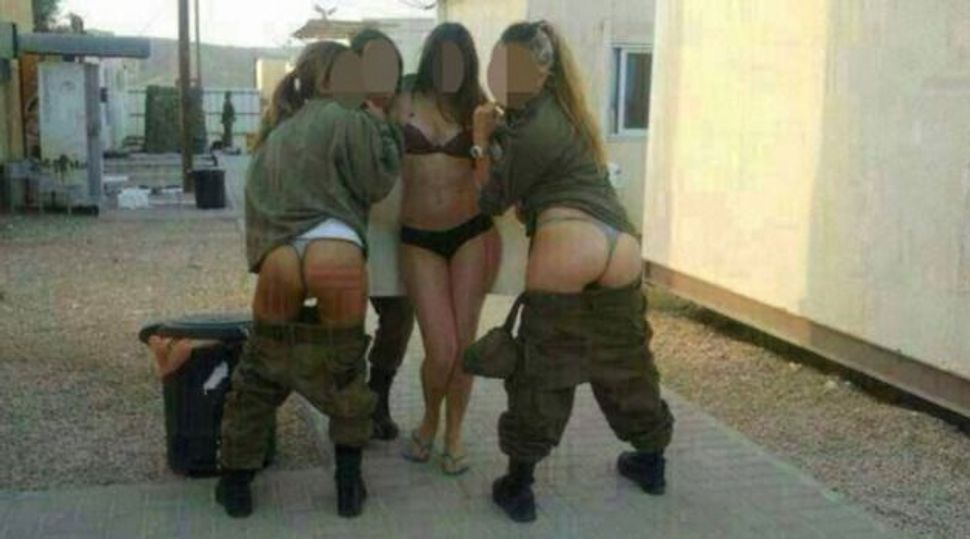 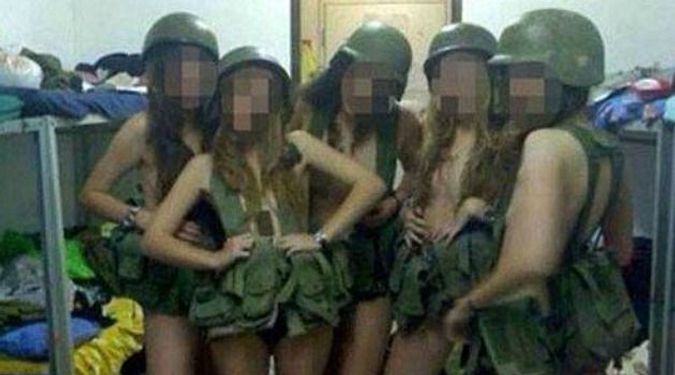 A group of female Israeli soldiers were disciplined by commanders after they posed half naked and posted the photos on Facebook, the Associated Press reported.

The teenage recruits were shown with their Israel Defense Forces fatigues stripped off expoing their underwear and back sides in one photo.

Another showed a group of five young women posing in a barracks, wearing only helmets and scant combat equipment.

The faces of the soldiers were blurred in the photos. They were said to be newly inducted soldiers at a base in Israel’s southern Negev desert.

The military said the young women had acted in a manner that showed “unbecoming behavior” for Israeli soldiers. “The commanding officers disciplined the soldiers as they saw fitting,” it said.

Most Israelis, both men and women, must serve in the army as part of a national service obligation. Most ultra-Orthodox Jews are exempted from service, although that status is being sharply debated. 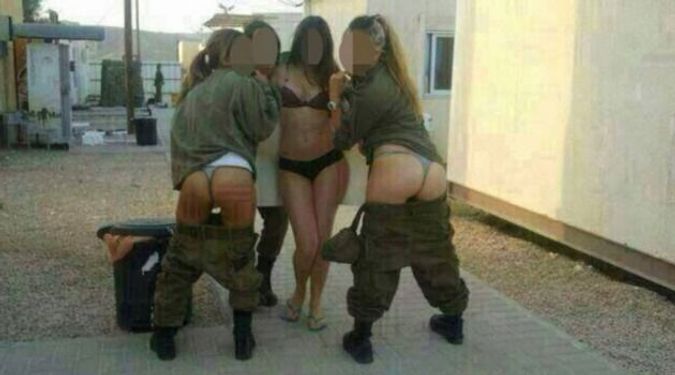