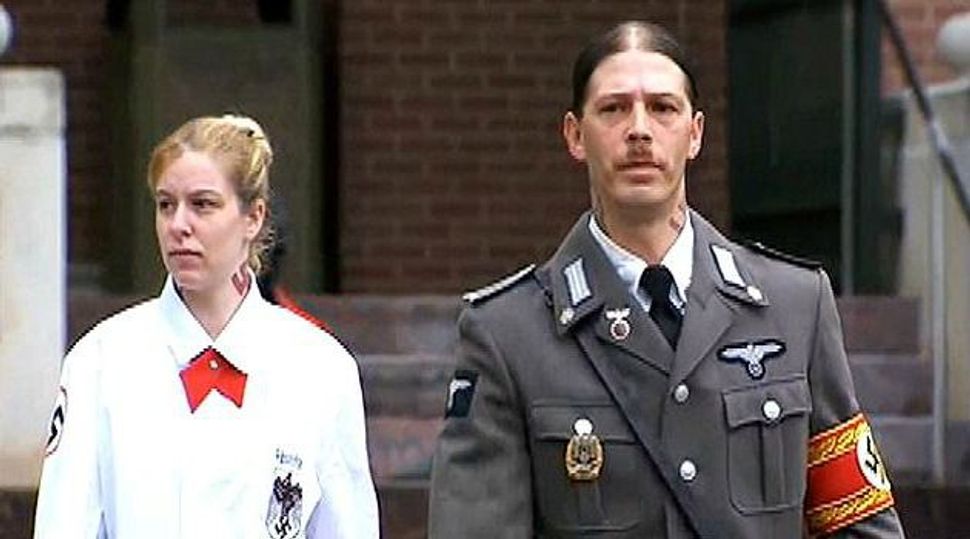 Bad Seed: Heath Campbell makes no effort to hide his radical beliefs. But should that stop him from seeing his children? Image by nbc

A white supremacist father who named his children after his Third Reich heroes reportedly shocked a New Jersey judge by wearing a Nazi uniform to a hearing to demand visitation rights to one of the children.

Heath Campbell, who called his oldest child Adolf Hitler, turned up at Hunterdon County Family Court in Flemington in an effort to see his 2-year-old boy, Heinrich.

The pair first made headlines after they publicly complained when a local supermarket supermarket refused to write Adolf Hitler’s name on a birthday cake in 2008.

Campbell and his estranged wife, Deborah, had all four children removed from their home in 2010 amid charges of domestic violence in their central New Jersey home. The kids were later adopted by other families. 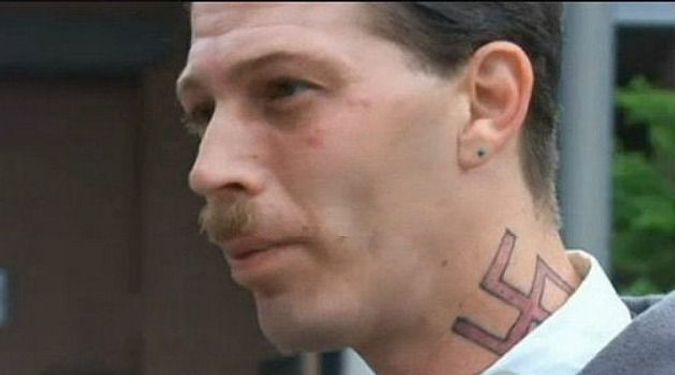